Recently, four unrepentant thugs in Chicago kidnapped and tortured a special needs man in what has become to be known as a hate crime.  The four are considered so much of a danger to the public that the judge has refused all four of them bail.  The young man who was tortured was in pain but physical and mental because one of his attackers was a friend that he idolized.

Police eventually arrested four suspects in connection to the crime. Brittany Covington, Tesfaye Cooper and Jordan Hill, 18, and 24-year-old Tanishia Covington were all charged with battery, kidnapping and hate crimes.

A judge denied the group bail and rebuked them during their hearing, asking “Where was your sense of decency?”

Bartlett Jackson, a GoFundMe regional communications manager, confirmed to CBS News that the family was working with the company on the fundraising campaign. The company will be working closely with the creator of the campaign to ensure the money reaches the family. 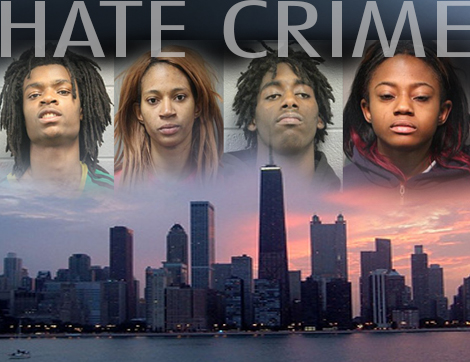