Conservative icon Matt Drudge is angry.  This past election was about three main things.  Killing Obamacare, the open SCOTUS seat and tax cuts.  Pr4esident Trump made a brilliant pick for the Supreme Court but he needs republican help to deliver on the tax cuts and dumping Obamacare. 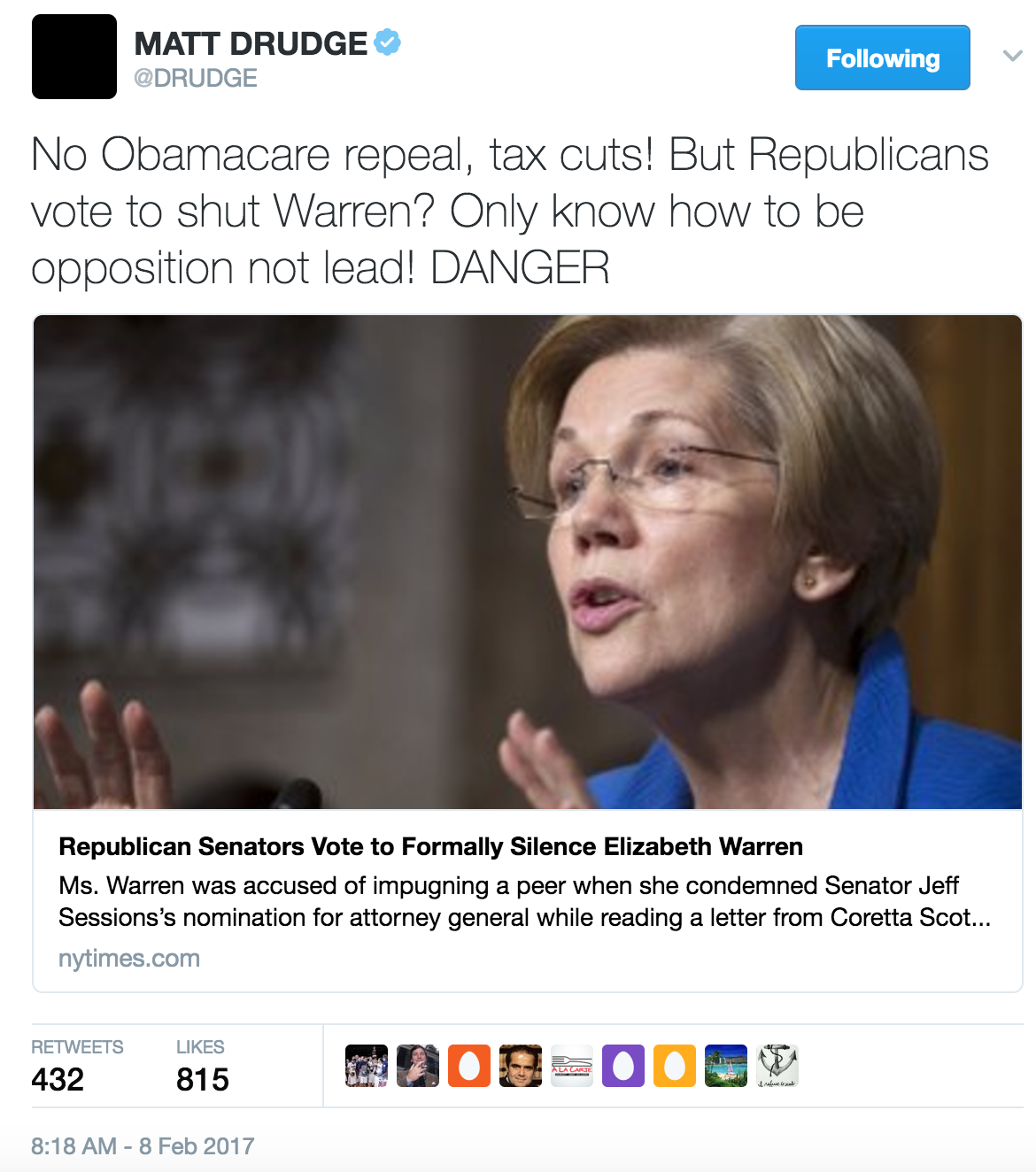 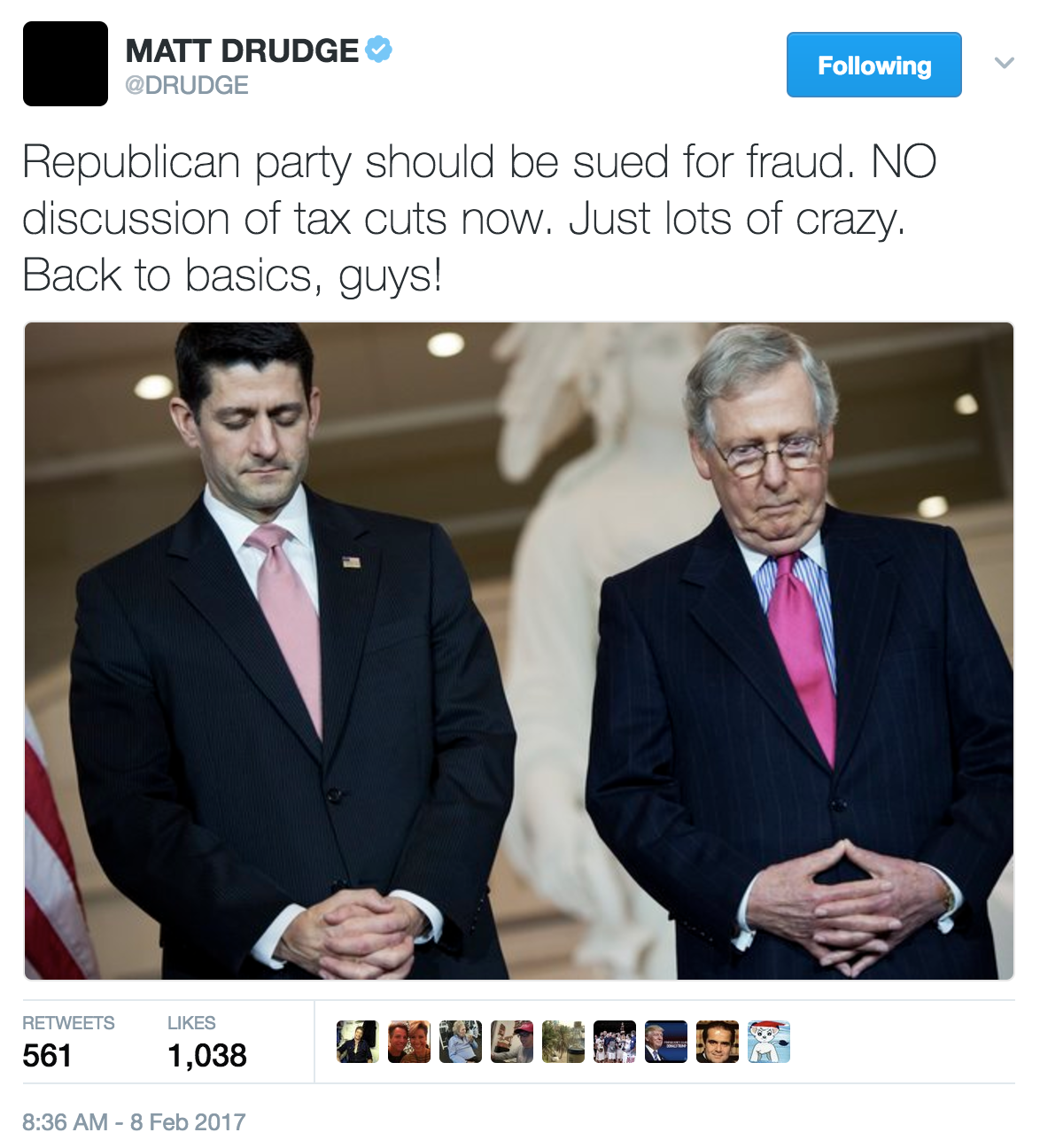 The proprietor of popular news aggregator The Drudge Report, Matt Drudge is known for his secrecy and rarely gives his personal opinion on political issues.

He made an exception on Wednesday, unleashing on Twitter against congressional Republicans for what he felt was a lack of real action.

Drudge claimed Republicans “Only know how to be opposition not lead!” and pointed to the lack of an Obamacare repeal as an example. He followed up by saying the “Republican party should be sued for fraud,” urging lawmakers to get “Back to basics.”

Drudge is widely considered one of the most influential people in American politics for the way his site drives coverage of political issues.