Michael Moore has come up with a half-assed solution to stop Donald Trump’s presidency.

The director — who has been a vocal critic of the president-elect — outlined his plan in a lengthy post on his Facebook page Tuesday night, calling for millions to protest the inauguration. 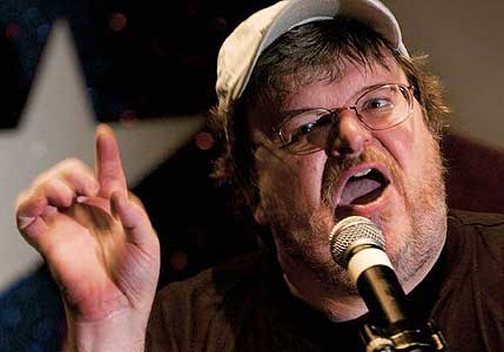 “THE FIVE THINGS EACH OF US MUST DO THIS WEEK,” he titled it.

“Brush yourself off and let’s get busy because: a.) All hope is not lost; b.) There are more of us than there are of them; and c.) The roadside is littered with the ended careers of self-absorbed, narcissistic politicians whose arrogance led them to do things that caused their early resignation or impeachment,” Moore wrote. “Don’t think that can’t happen here.”

“If he/she is a Republican, they will explain why they ‘support the new president,’” he said. “You then must politely tell them you and everyone you know will work to unseat them in 2018 if they don’t act independently from Trump.”

“If your rep is a Democrat, tell him/her you expect them to AGGRESSIVELY fight the Trump agenda – and if they don’t, you will work with others to support a true progressive in the Democratic primary in 2018.”

“It’s time to stop carping about politicians and become one. But a different kind of one! We have no choice. We’ve left it to others – yes, Democrats – and they are inept and continual losers.”

“Haven’t you had enough? Run for office, any office!”