When most people come across stray dogs, they bring them to animal shelters. There, they can be cared for by professionals, assessed by veterinarians, and set up to be adopted by their forever families.

Sometimes when people find stray dogs, they integrate them into their families — that’s exactly what a monastery in Bolivia decided to do when they found a sweet stray dog.

St. Francis Monastery in Cochabamba, Bolivia, knew exactly what to do when they found the pup: they adopted him.

The dog, who they named Carmelo, began living in the monastery with the monks, quickly becoming a member of their family.

When they realized how important little Carmelo was to them, they gave him a more formal title: Friar Bigotón, which means Friar Mustache in Spanish.

In Catholic tradition, St. Francis, whose name this monastery is in, is the patron saint of animals, so it only makes sense that Friar Bigotón would himself become a monk.

The monks gave him a tiny Franciscan habit to wear around his new home.

Now, Friar Bigotón spends his days playing with the monks and loving his new life. 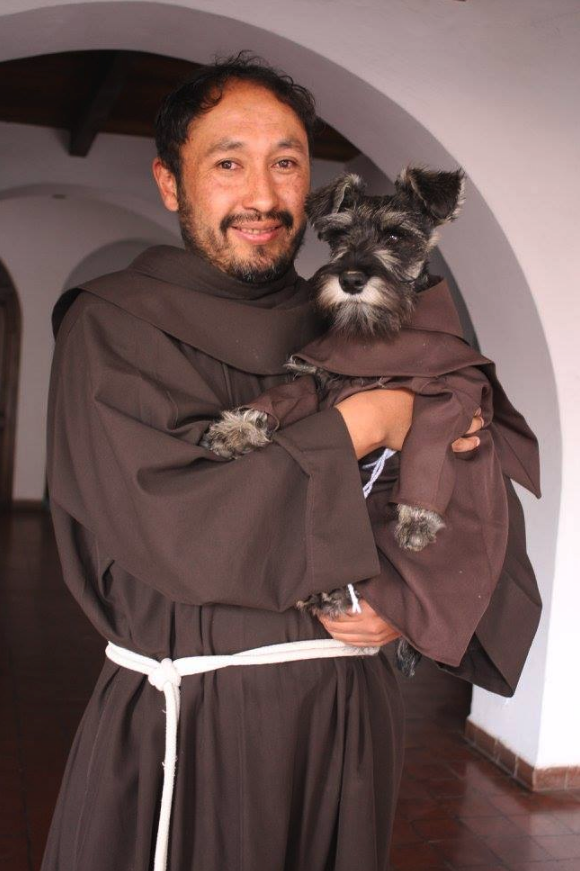 Monks let Friar Bigotón out for a walk.

Friar Jorge Fernandez told The Dodo, “His life is all about playing and running. Here, all of the brothers love him very much. He is a creature of God.”

The monastery grounds are perfect for a dog to run and play — there’s a lot of space for him to explore, and friends to meet everywhere.

Here is the new Friar preaching to the fish.

It’s not a stretch to say that Friar Bigotón brings a lot of joy to the monastery as the monks just love him. 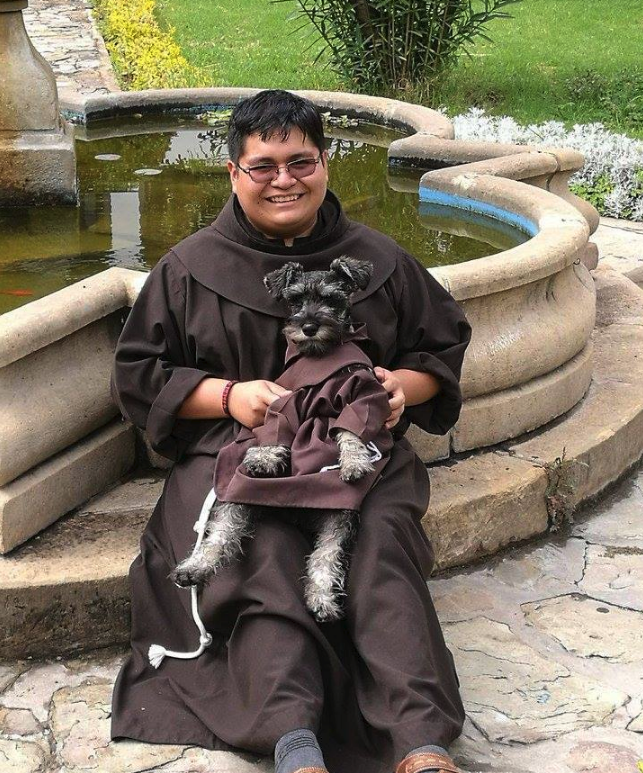 Friar Bigotón even gets to play with the fish who live in the koi pond.

Carmelo’s adoption was made possible by a local animal rescue group, Proyecto Narices Frías (Cold Nose Project), which hopes his story will serve as an inspiration for more monasteries to open their doors to needy pets, so in a way, Friar Bigotón’s biggest role is in helping other pups like him.