Indonesian artist Ardian Syaf drew some subtle insults to Christians and Jews in his renderings for X-Men Gold #1 comic.  Marvel has taken the magazine off the shelves and will re release the comic once the offending pictures are removed.  It could not have come at a worse time for Marvel who have seen a huge drop off in readership after reworking their super heroes to make them gay and lesbian changing the races of the heroes, even the ones that have been around for decades.

In one scene in the book, Jewish X-Men character Kitty Pryde is seen talking to a crowd, with the ‘Jew’ part of the word ‘jewelry’ over her head, and the numbers 212 and 51 in the background.
The number 212 is often used as a reference to the Muslim protest against the Christian governor of Jakarta on December 2, 2016, where 200,000 conservative Muslims rallied against Basuki Tjahaja Purnama.

He was accused of insulting Islam during election campaigning.
Referring to that protest, Syaf said in a series of posts on Facebook during a back and forth with another Facebook member: ‘This is a special memory for me.
‘The number is a peace act, when a governor did blasphemy to our holy book.’
He added: ‘I don’t hate Jews or Christians, I worked with them for 10 years. A lot of good friends too. For all that happened I apologize sincerely.’

In another panel, Russian mutant Colossus is seen wearing a T-shirt featuring the words ‘QS 5:51’, said to stand for Quran Chapter 5, Verse 51.
Translated, the verse reads: ‘O you who have believed, do not take the Jews and the Christians as allies. They are [in fact] allies of one another. And whoever is an ally to them among you – then indeed, he is [one] of them. Indeed, Allah guides not the wrongdoing people.’
Syaf added in one of his Facebook posts: ‘qs 5:51 is the verse he (governor) mocked this is a very special memory for me’. 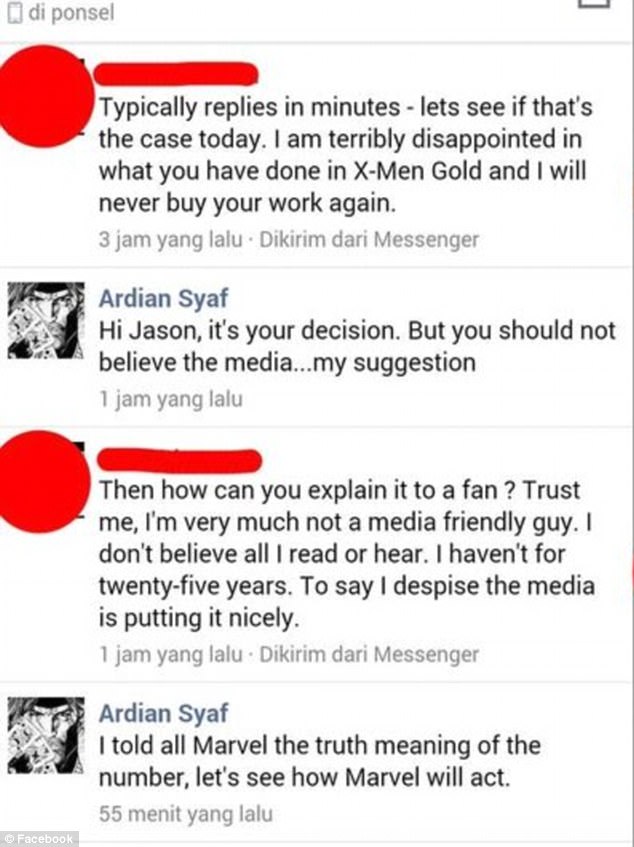 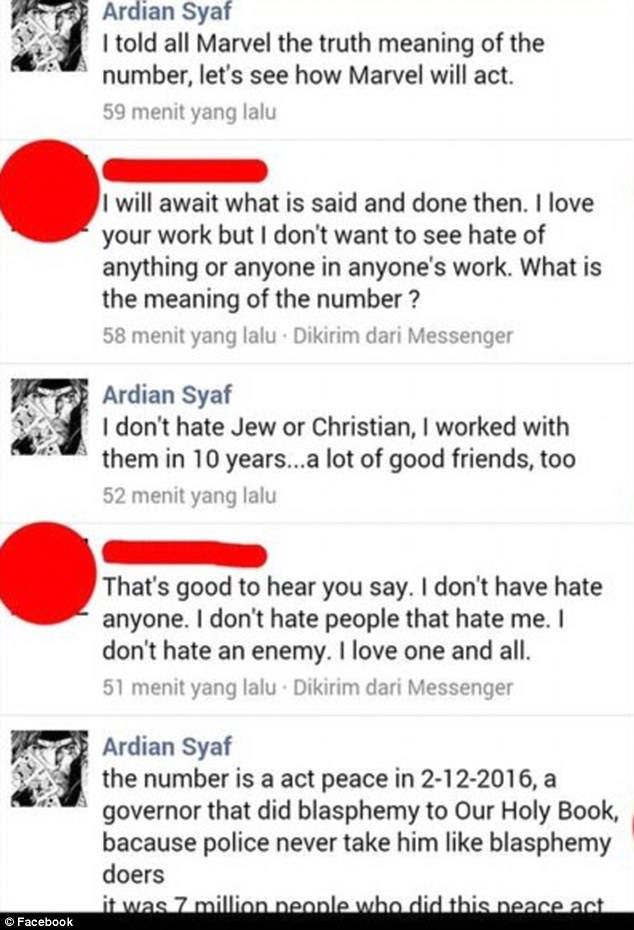 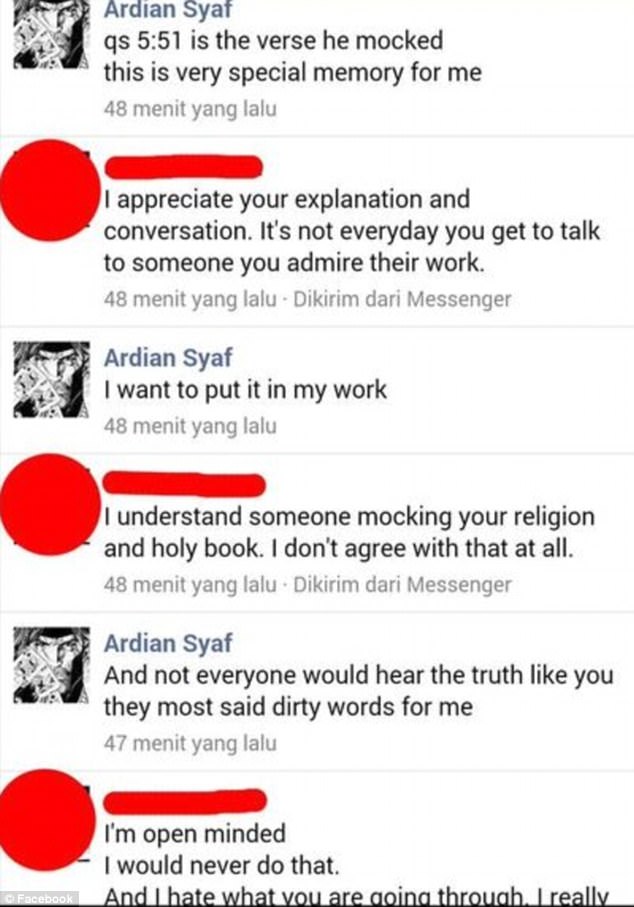 This is the fan who spotted the insults: 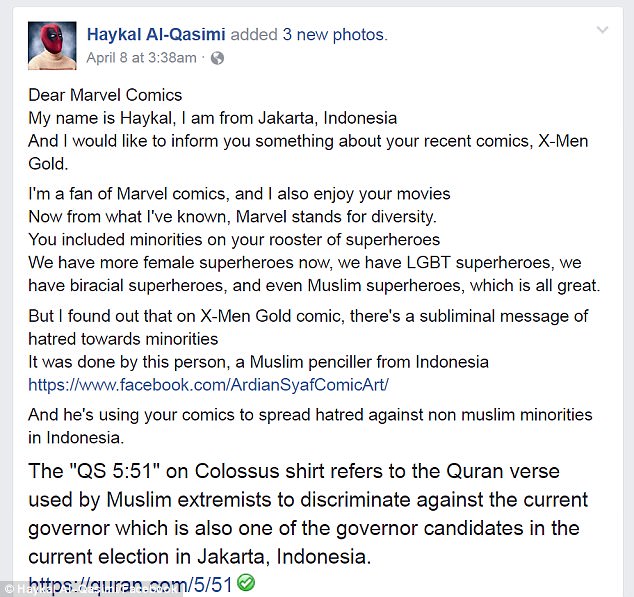 And the offending frames:

The female super hero is Jewish and he cut off part of Jewelry to say Jew. 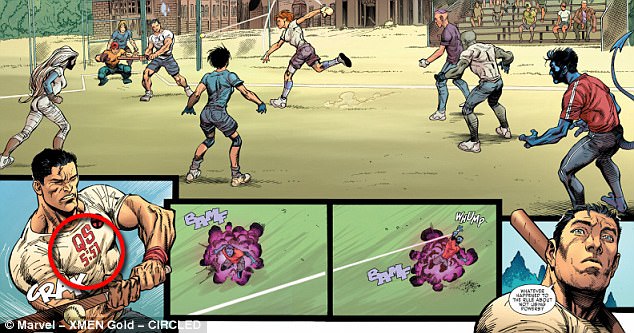