An email from 2015 has revealed that Hillary has a mole at the FBI who provided warnings to Hillary and her henchmen as they tried to cover up the massive amount of felonies she and her aides were piling up.  In the recently released emails, there is one between the mole and John Podesta titled, “Heads UP”.  In it the mole gave Podesta information about hearings and the filing of new FOIA requests. 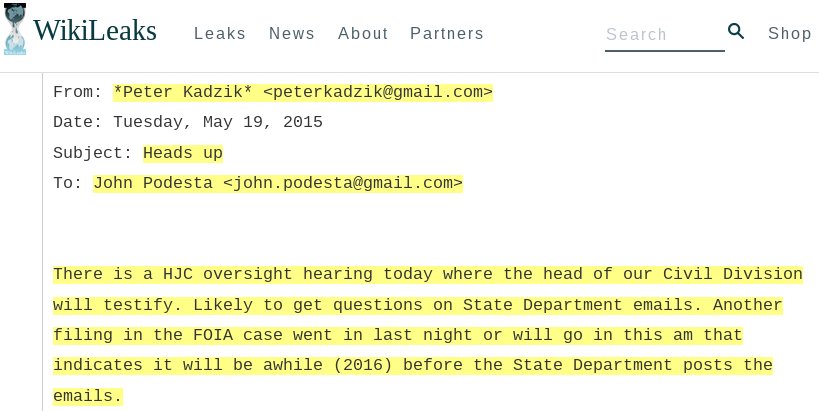 It has been known that kadzik was gaming the system but this is the first evidence that he was a full fledged mole.  Comey doesn’t have the cojones to take action against Kadzik but if Trump wins, expect him to be fitted with an orange jump suit.