A woman is fleeing from the cops and stops to fire a few shots in their direction.  Another cop in a squad car is pursuing her when he ran her over killing her on the spot, with the gun still in her hand.  Madison Sueann Dickson was in the middle of a crime spree in which she committed 4 crimes with her gun, including shooting a man in the head.

Disturbing dashcam footage released by Tulsa police shows the moment a 21-year-old woman was run over and killed by a cop after opening fire on officers following a high-speed chase.

Madison Sueann Dickson died in Tulsa, Oklahoma, on Saturday after Officer Jonathan Grafton, deliberately hit her with his patrol car to stop her from shooting at police.

Dickson was wanted by police over four gun-related incidents in Tulsa during the past week, including shooting a man in the head.

Officers can be heard telling dispatchers that multiple shots are fired.

Dickson then points her gun toward the police vehicle as the car moves toward her.

The woman appeared to be yelling before she’s struck by the police cruiser. She is then seen falling and going beneath the hood of the car. 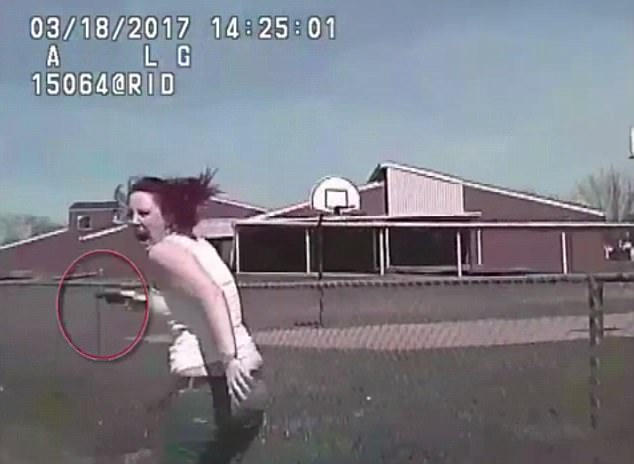