The president of the Philippines made his second murder confession in a month Tuesday.

Loading...
President Rodrigo Duterte claimed he threw a kidnapper out of a helicopter mid-flight during his tenure as mayor of Davao. The president’s statements were intended as a warning to corrupt officials, reports the Philippine Star. 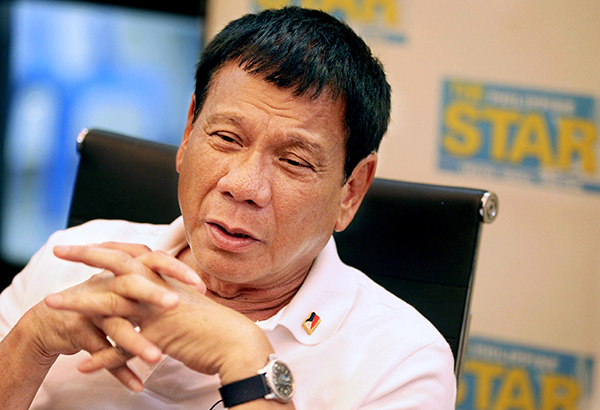 “If you are corrupt, I will fetch you with a helicopter and I will throw you out on the way to Manila,” Duterte explained. “I have done it before, why should I not do it again?”He recalled telling the pilot to fly at a height suitable to prevent the splatter from “causing a commotion.”

The president’s latest confession follows the revelation two weeks ago that he personally shot and killed criminal suspects as mayor.

“In Davao, I used to do it personally. Just to show to the guys (police) that if I can do it, why can’t you,” Duterte said at a business meeting at the presidential palace. “I’d go around in Davao with a motorcycle, and I would just patrol the streets, looking for trouble. I was really looking for a confrontation so I could kill.”

“I killed about three of them… I don’t know how many bullets from my gun went inside their bodies. It happened and I cannot lie about it,” the president said, referring to some of the suspects he encountered.

Some have dismissed Duterte’s statements as exaggerations to drive home a message. “It’s like a hyperbole, that’s the president, he is used to exaggerate just to put his message across,” explained Justice Secretary Vitaliano Aguirre.Duterte has drawn fire from various parts of the international community and some domestic critics for his affinity for violence and his shoot-to-kill drug war, which has ended the lives of around 6,000 people.

Duterte makes no apologies for his actions. “I am that person, take it or leave,” he said in an earlier interview.