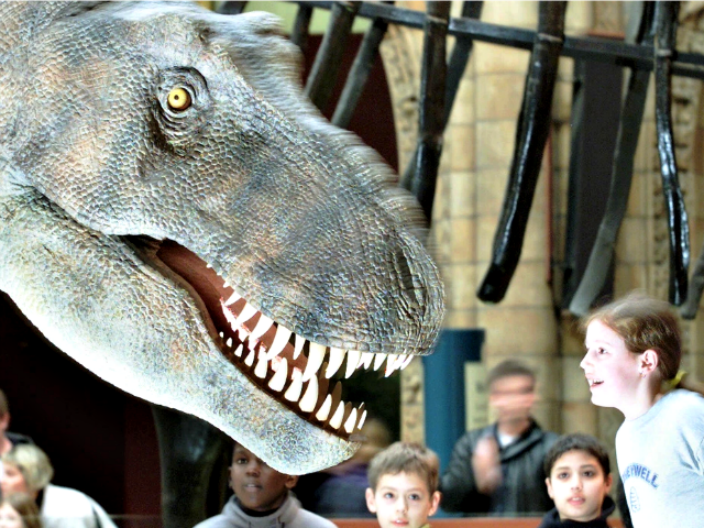 Police have identified a woman who performed a sex act on a dinosaur in a popular family exhibit.  The woman who was half naked was caught on camera straddling the model of a baby T-Rex.  Parents were concerned by her actions and the exhibit thoroughly cleaned and disinfected the model after they saw what she had done.

“We are still continuing our investigations and we have now identified the woman in the photographs who we will be speaking to,”

“I saw the image on social media and was completely disgusted by it,” the attraction’s organizer John Thurgood said.  “It was clearly a deliberately posed photograph of a very immature adult engaged in a sex act.”

The model T-Rex is part of a dinosaur safari trail made of fiberglass sculptures that was launched Aug. 21 and was designed to highlight the resort area’s connection with the Jurassic Coast.

The model baby T-Rex in an egg was already damaged by vandals who ripped off its head and damaged the surrounding egg in September.

This Couple Demonstrates Their Sex Drive at...