Two separate journalists are reporting that Barack Obama is setting up a shadow government to fight President Trump.  It makes sense.  Obama embedded political appointees into civil service jobs before he left and those employees will undoubtedly try to sabotage anything the president tries to do.  This would be considered sedition if it is true, but there is no way to really tell now or not.  We will have to just wait and see.

Ed Klein: For the past 100 years every president who is outgoing has packed up his stuff gone home and not criticized his successor. This is not what the Obamas are planning to do. They rented an eight-bedroom mansion in the section of Washington near Joe Lockhart, Bill Clinton’s last press secretary. In that house there’s enough room for Valerie Jarrett and Michelle and the kids. A place for ten cars to park. They are setting up what they are calling a shadow government.

Pete Hegseth: The Obamas claim it is because the children want to stay in D.C..

Ed Klein: That’s not the real reason they are staying there. They are staying there because despite what the president said in his press conference, he’s in a sense of outrage over this incoming Trump Administration, which he thinks is going to wipe out his legacy. So he’s setting up this kind of almost insurgency, picking people in foreign affairs, labor, abortion, union matters and setting them up to start appearing on television, making speeches and doing op-ed pieces for next four years, you’re going to see not only a Trump Administration but you’re going to see a shadow government opposing the Trump… 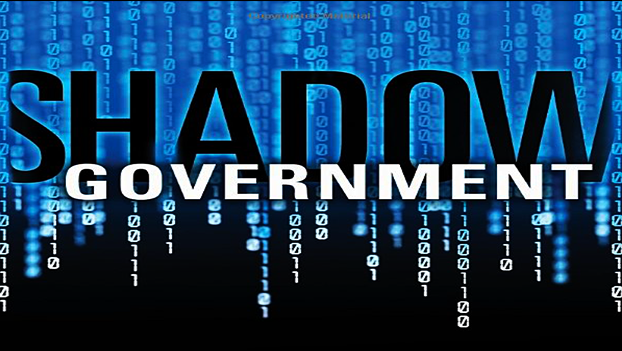 In what’s shaping up to be a highly unusual post-presidency, Obama isn’t just staying behind in Washington. He’s working behind the scenes to set up what will effectively be a shadow government to not only protect his threatened legacy, but to sabotage the incoming administration and its popular “America First” agenda.

He’s doing it through a network of leftist nonprofits led by Organizing for Action. Normally you’d expect an organization set up to support a politician and his agenda to close up shop after that candidate leaves office, but not Obama’s OFA. Rather, it’s gearing up for battle, with a growing war chest and more than 250 offices across the country.

Since Donald Trump’s election, this little-known but well-funded protesting arm has beefed up staff and ramped up recruitment of young liberal activists, declaring on its website, “We’re not backing down.” Determined to salvage Obama’s legacy,”it’s drawing battle lines on immigration, ObamaCare, race relations and climate change.

Obama is intimately involved in OFA operations and even tweets from the group’s account. In fact, he gave marching orders to OFA foot soldiers following Trump’s upset victory…

…Obama is intimately involved in OFA operations and even tweets from the group’s account. In fact, he gave marching orders to OFA foot soldiers following Trump’s upset victory.