Mexico “reiterates, in a firm and categorical way, its rejection of this measure,” read a statement from the foreign ministry.

“No circumstance at all or change in border security exists that justifies this measure taken by the state.”

The troop deployment “does not contribute in any way to solving the immigration problem,” and is inconsistent with US-Mexico talks aimed at “building a modern, prosperous and safe border,” the statement read.

On Thursday Perry deployed some 1,000 National Guard troops to the border with Mexico.

National Guard troops are soldiers under the authority of the state governor. They cannot detain undocumented migrants, which is a federal responsibility, but they can take over some duties that allows more US Border Patrol agents to monitor the borderline. 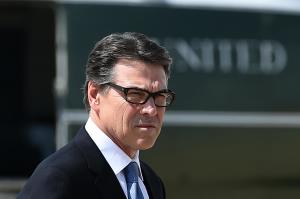 Perry, a Republican and a likely candidate for the 2016 presidential race, has taken a hard line against immigrant children seeking to enter the United States from Central America.

At least 57,000 unaccompanied children, most from Honduras, Guatemala and El Salvador, have crossed the border into the United States illegally since October, triggering a migration crisis that has sent US border and immigration authorities into a frenzy.

Perry said the decision to deploy troops was taken after repeated requests to the federal government to secure the US border.