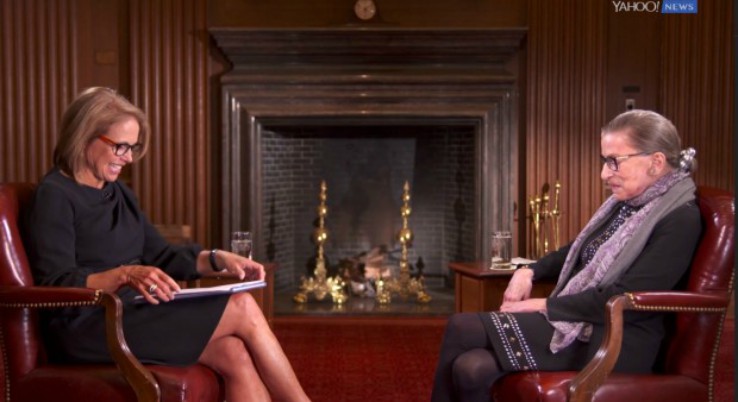 It’s a bit surprising but Supreme Court Justice Ruth Bader Ginsburg has weighed in on the Colin Kaepernick controversy.  She described his actions as “dumb and disrespectful”.

“I think it’s really dumb of them.  Would I arrest them for doing it? No.”

“I think it’s dumb and disrespectful. I would have the same answer if you asked me about flag burning.  I think it’s a terrible thing to do, but I wouldn’t lock a person up for doing it. I would point out how ridiculous it seems to me to do such an act.”

Interviewer, Katie Couric asked Ginsburg about the legality of the protest.

Ginsburg may be helplessly liberal but maybe she doesn’t share the hatred for America her compadres do.