Sarah Palin was left with a huge gash and a black eye after falling during a rock running accident.  She got her legs crossed up and she fell face first onto a rock, leaving her with injuries to her right eye.  Palin used the moment for some levity as she posted the following:

Aww, c’mon guys, give her a break. Anyone can be out of commission…. for weeks on end… whilst in the heat of battle for the highest office in the land. No press conferences for nearly a year? No scheduled campaign events for days upon days? No statements, no answers, no accountability, no problem. Layin’ low to run out the clock before November, but you’re SEXIST for noticing it.

And you’re MISOGYNIST for questioning a female’s fitness. Good thing media didn’t hound the crap out of ’08 candidate John McCain for his decades-old military medical records or I’d guess them to be hypocrites.

Leave Hillary alone! All that email-evidenced yoga, and wedding planning, and cookie-baking-grandma-duty wears you out. Believe you me.

Heck, even those of us claiming to be fit as a (seasoned?) fiddle, hit bumps in the wellness road. Even I. Especially I. (Remember Piper’s middle name is “Grace”; mine isn’t.)

Rock-running recently, I tripped over my own two feet and crashed & burned face-first. I recovered with the doc’s SuperGlue, and now any man who asks “what happened?” I’ll refer to as just a mean ol’ SEXIST bully.

Glad for Hillary’s protective media’s precedence. The next woman running for POTUS has no need to answer to much of anything, for we’ve got weddings to plan, and Down Dogs to do, and cookies in the oven! So just leave us alone, boys. 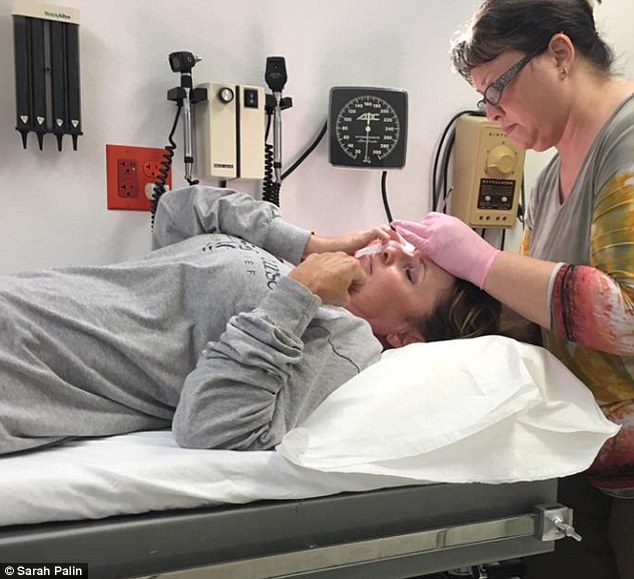 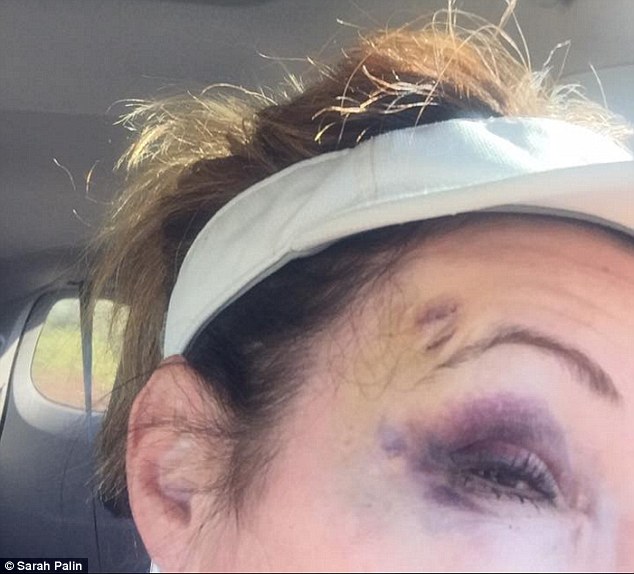 In spite of her injuries, Sarah Palin seemed to be in good spirits and took her running injury in stride.  (Note:Pun)