Curtis Deal, 18, jumped out of a car that  Detective David Kincaid Jr was following.  Sensing something suspicious, Kincaid gave chase.  Deal had run into an alley and came out with a silver pistol in his hand.  The question that everyone should be asking is not whether the policeman was justified in shooting, but why was Deal out on the street.  A liberal judge.

In the month before his death, Deal had been arrested three times for gun and drug charges.  The last time he was given bail of $250,000 but it was unsecured.  Had the judge not let him off scott free, he would not have been out on the street and would still be alive today.  And why would the judge let someone who is obviously a danger to society be allowed back on the street to begin with? 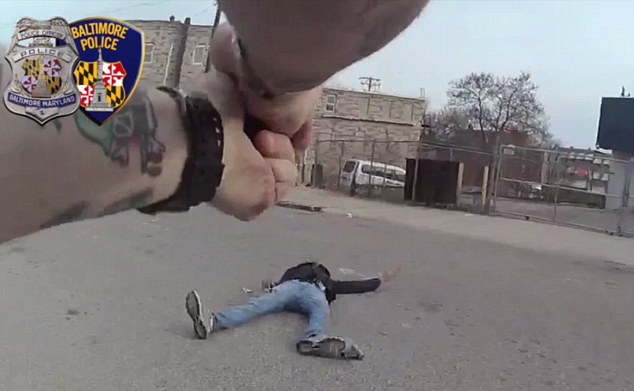 On January 4, Deal was charged on four handgun counts, after allegedly throwing down his gun in an alley while being chased by police.

This was the first arrest as an adult for Deal, who had turned 18 in November, and he was forbidden from owning a firearm after a juvenile gun charge.

He posted $100,000 bail and was released, but on January 30 he was arrested again after allegedly being seen dealing drugs, and throwing a bag of heroin under a car.

Last week he was arrested on nine gun and drug charges after being caught running from a location in which drugs were being sold.

On Monday, the day before his death, Deal’s lawyer testified that his family were churchgoing people, and that he wanted to join the army to learn engineering.

Judge Nicole Taylor let him out on a $250,000 unsecured bond – meaning that he did not need to pay any money before being released – and gave him a curfew.

‘I’m giving you an opportunity to go to school and not be in jail pending this trial,’ she told him. ‘The curfew is 1pm, 7 days a week.’ He confirmed he understood.

As he left the court, she told him: ‘Best of luck to you, Mr Deal.’

I guess that luck part didn’t stick.  The good news is the officer, Detective David Kincaid Jr, will not face any charges as the review board decided the shooting was justified.