I am reminded of a story about a man who went to see a judge and told him “My bull broke through my fence and destroyed your vegetable garden.  What should we do?”  The judge replied, “Simple, you just pay me for all of the damage.”  Then the first man said, “I was mistaken.  It was your bull that broke through my fence and destroyed my vegetable garden.”  The judge looked at him and said, “This calls for some investigation.” 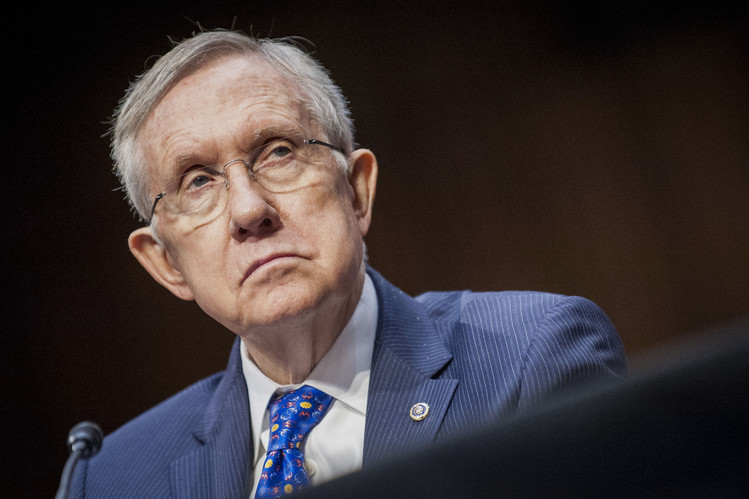 When Harry Reid was still around, he was known for pulling tricks in order to get what the liberals wanted.  Today, republicans took a page from his book.  When the democrats refused to show up for a committee meeting to pass 2 of Trump’s nominees for a floor vote, republicans resorted to a Reid trick and changed the rules.  Previously the opposition party had to have one member present to vote to pass a nominee out of committee for confirmation.  Republicans changed the rule, eliminating that requirement and sent both Steven Mnuchin and Rep Tom Price out of committee.

Needless to say liberals feel like they were cheated.  Liberals had no problem with Reid reducing the number of votes to confirm a nominee from 60 down to 51 but now liberals claim that rule is unfair.  Maybe the republicans are finally growing a pair.

“We made it clear yesterday that when we got answers to these questions, we’re ready to move ahead,” Sen. Ron Wyden (D-Ore.) said after the GOP maneuver. “We’re going to keep pushing to get the facts.”
“Both nominees have yet to answer important questions that impact the American people,” committee Democrats wrote in a letter sent to Hatch Wednesday.
“Further, we have significant concern that both Mr. Mnuchin and Mr. Price gave inaccurate and misleading testimony and responses to questions to the Committee. These cabinet nominees should answer basic questions that the American people deserve answers to before moving forward.”
Hatch was dismissive of that argument Wednesday.
“Oh, come on. Come on,” he said. “They don’t have one argument that’s worthwhile. Not one. And if they had, they should have shown up.”
The Democratic blockade is the most visible example of that party’s renewed efforts to slow the consideration of Trump’s nominees to a crawl, as the party and its base hardens in opposition to the new president.
Loading...