Is that what she really said?  You decide:

“But this world has changed and I have changed. And I would take jail time over a bullet or an endorsement for what I believe to be disaster to this country and the strong and amazing women and minorities who reside here. Hatch Act be damned. I am with Her.”

Since when does a Secret Service agent refuse to protect the president which is their chief duty?  She needs to be fired immediately so she can start a new career selling pussy hats or Tupperware.  Do these pictures reflect her thinking? 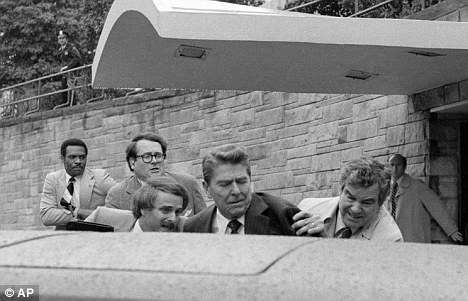 From The Washington Examiner:

Despite her senior security role, she has made her disdain for Trump and his incoming administration clear to her Facebook followers, who included current and former Secret Service agents and other people who were employees at the time of the posts. O’Grady’s posts triggered at least one complaint to the office that oversees investigations into Secret Service misbehavior, two knowledgeable sources told the Washington Examiner.

In one Facebook post O’Grady wrote at 11:07 p.m. on a Sunday in October, she endorsed Hillary Clinton and said she would endure “jail time” rather than “taking a bullet” for what she regarded as a “disaster” for America.

The post didn’t mention Trump by name but clearly referred to him.

In the same post, she mentioned the Hatch Act, which bars executive branch staff, except the president, vice president and some other senior executive officials, from engaging in certain political activities.

“As a public servant for nearly 23 years, I struggle not to violate the Hatch Act. So I keep quiet and skirt the median.  To do otherwise can be a criminal offense for those in my position. Despite the fact that I am expected to take a bullet for both sides.”

But then she violates the Hatch Act:

“But this world has changed and I have changed. And I would take jail time over a bullet or an endorsement for what I believe to be disaster to this country and the strong and amazing women and minorities who reside here. Hatch Act be damned. I am with Her.”

What Is The Hatch Act?

The Hatch Act of 1939, officially An Act to Prevent Pernicious Political Activities, is a United States federal law whose main provision prohibits employees in the executive branch of the federal government, except the president, vice-president, and certain designated high-level officials of that branch, from engaging in some forms of political activity. The law was named for Senator Carl Hatch of New Mexico. It was most recently amended in 2012.