Milwaukee County Sheriff David Clarke says it’s “pitchforks and torches” time in America.  Clarke is known for his opposition to the domestic terrorist group Black Lies matter.  For this and many other reasons, the left despises Sheriff Clarke, who many times has repeated racial rhetoric like “Blue Lives Matter.”  The left have tried to demonize Clarke who jjust laughs their attempts off. 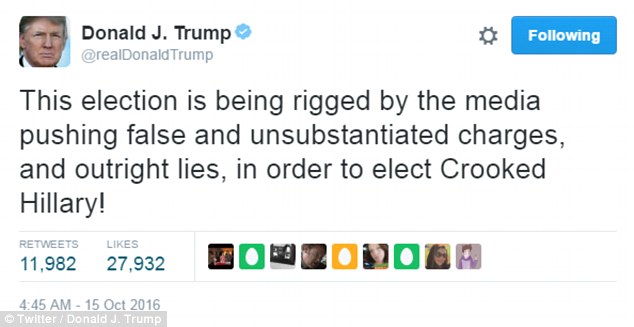 The 60-year-old won the support of the GOP after speaking at the Republican National Convention earlier this year where he solemnly told crowds: ‘blue lives matter’.

This awarded him somewhat of a public profile on the subject, prompting him to take part in radio and television interviews since.

He has repeatedly spoken out against Black Lives Matters activists, labeling them blood thirsty and ‘hate filled’.

Last year, he insisted that police officers indicted in the death of Freddie Gray, a 25-year-old black man who died after suffering a fatal spinal injury in the back of a police van, be freed.

The officers, none of whom were ever convicted, were ‘political prisoners’ in Clarke Jr’s assessment of the case surrounding Gray’s death.

The left also hates his stand on the 2nd Amendment:

In 2013, he urged residents of his district to arm themselves. ‘I need you in the game,’ he said ominously in a 30 second radio advert.

‘With officers laid off and furloughed, simply calling 911 and waiting is no longer your best option,’ he said.