The police report says that the occupants of the targeted vehicle were a woman and two juveniles, according to the station.

“All of a sudden we hear this pop! Pop! Pop! Pop! And my oldest granddaughter came running and said, ‘What was that?!’” witness Jimmie Eddings told KSHB-TV.

Police are searching for the passengers of an SUV involved in a drive-by shooting that hit a mother’s car with her two children inside, in Kansas City.

Two witnesses who were driving behind the targeted car, captured the shocking moment on a dashcam.

The disturbing footage shows a black SUV pulling up to a black sedan on Topping Avenue and drawing a gun before firing dozens of shots in broad daylight. 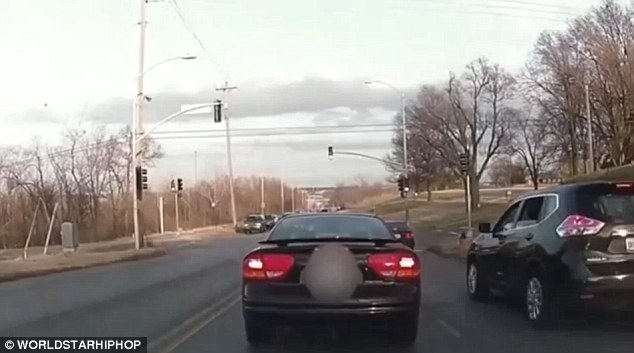 Daytime Drive-by: The black SUV is seen on the right pulling up to the car before the suspect wields gun 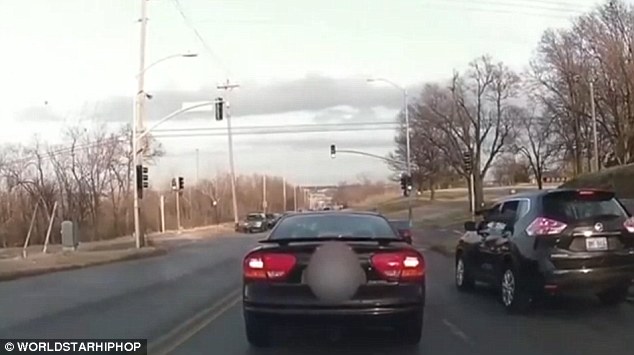 Open fire: The suspect’s arm can only be seen as he fire a semi-automatic weapon at the car in Topping Ave in Kansas City 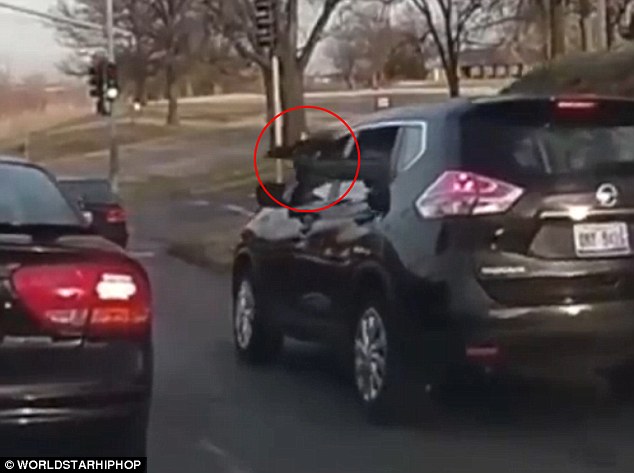 The footage captured by a car’s dashcam shows the shocking incident, but miraculously, no one was hurt

According to the police report, the female driver whose car was hit, had just picked up her sons aged five and nine, from school.

The suspect, who was sitting in the back seat, was apparently aiming somewhere off-camera, but struck the car in the next lane, Kshb.com reported.

Miraculously, no one was hurt.

The woman, who did not want to be identified, said she began yelling and crying after she heard the gunshots. That’s when her sons urged her to move.

‘He told me “mommy we’re going to die! mommy move!” and I couldn’t move because we had a car ahead of us,’ she told the news station.

Officers said the case would have been closed if it were not for the footage serving as a crucial piece of evidence. 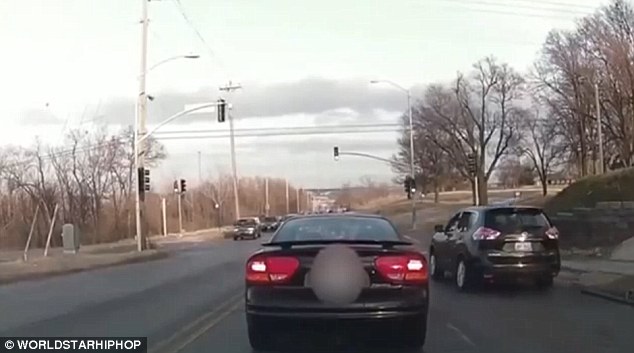 Getaway: The assailants quickly sped off after firing rounds