Hillary’s supporters are disappointed.  The woman who claimed Donald Trump  raped her at Jeffrey Epstein’s island getaway.  Now the Mail Online claims they have found proof that she lied and the reason the lawsuit was dropped was because her case fell apart after she was found not to be credible.  The Mail claims that an insider told them that her story was credible until the last minute, when new evidence forced her to drop the case.  The Mail says that she filed the suit under the name of Katie Johnson, that we now know is not her real name. 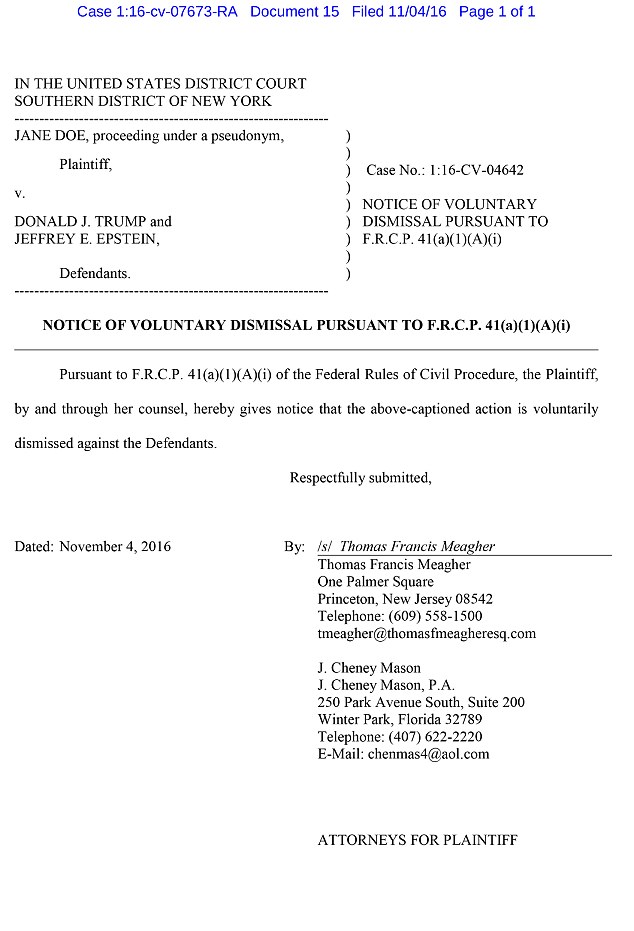 But DailyMail.com has been told that elements of what Johnson had claimed crumbled at the last minute.

Her claims can today be exposed as untruthful, the key fact being that Donald Trump was not involved whatsoever.

A source with knowledge of the controversial case told DailyMail.com: ‘Katie Johnson’s account had been believable and compelling right up until the last minute.

‘But new information emerged that suggested she had not been telling the truth.

‘Ultimately it was discovered that Donald Trump’s name had been inserted into this, he was not involved whatsoever. After that she had no credibility.’

The revelation slaps down any suggestion that Johnson dropped the case thanks to a secret financial settlement with Trump, as has been speculated on social media.

It also clears Trump of any hint of wrong doing in association with the lawsuit.

The woman first sued Trump and Jeffrey Epstein under the name Katie Johnson – a name we know not to be her real identity – on April 26 in California federal court and filed an amended complaint in New York federal court in October, claiming she was subject to rape, criminal sexual acts, assault, battery and false imprisonment.

The court papers offered no corroborative evidence that her claims were true.