By now everyone knows that Target has made their bathrooms pervert friendly and will allow men in the women’s restroom and vice versa because they want to welcome everyone.  Too bad that’s not just a lie but is a damn lie in my opinion.  True, they are accommodating the .03% of Americans who are transsexual, but in doing so, they have taken the privacy rights away from the other 99.97% of Americans.

At a Target store in Keizer, Oregon, a woman who I refuse to name (Because I believe she just wants the publicity of being offended) found a sign on the bathroom door.  It reads as follows: 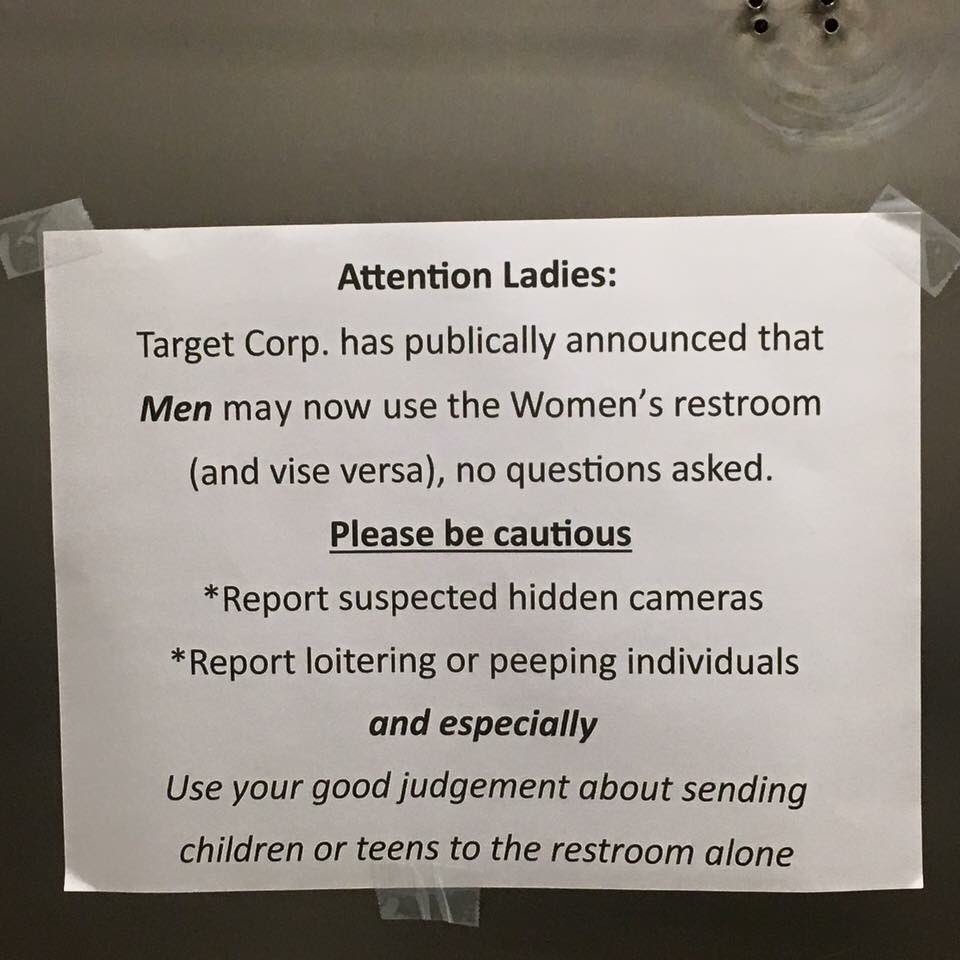 Target says they are investigating because they consider this to be transphobic.  It looks like old fashioned common sense to me.  If someone is truly transsexual, would they be doing any of the things mentioned on this sign?  Of course not.  Therefore, the sign would not apply to them, but it would apply to sexual deviants who can don a wig and record women using the bathroom by placing a hidden camera inside the booths like this man did.  Since the inception of the policy allowing transsexuals access to the bathroom of their choice, there have been at least 25 incidents where perverts used that policy for sexual imposition or assault.

This being the state of Oregon, of course liberal indignation is the rule of the day and they along with the transsexual community in Oregon have been crying discrimination.  But you must agree that a transsexual would not be engaging in the practices the sign warns against.  Only a sexual predator, who is taking advantage of the bathroom policy would be singled out by the sign.  So why the fuss?  Because liberals love to play the victims.