Intoxicated partygoers are known for doing reckless things when their inhibitions have been loosened by a tipple or two.

And one Instagram account has paid homage in video form to the hilariously hopeless – and often wince-inducing – antics of inebriated clubbers.

From shaking pepper onto genitalia to having a pathetic slow-motion fight with a vending machine, the profile Drunk People Doing Things has documented them all.

While bystanders howl in bemusement, the filmmaker can be heard exclaiming: ‘Oh my God!? Oh my God, he’s so drunk!’

Meanwhile another clip from the account was sure to make users wince – as it showed a bikini-clad girl being thrown painfully onto the side of a pool.

In the video, the woman clings around a well-built man, wrapping her arms and both legs around him at a pool party.

But her companion has other ideas and prepares to catapult her into the water behind them.

But he horrifically misjudges the distance and she ends up falling just short of the pool onto the hard concrete side.

Further wince-inducing footage shows a seemingly drunk man at a party throwing himself off the balcony of a house.

He falls painfully on to the fence, landing by painfully straddling the sharp edges before trying to prise himself off. 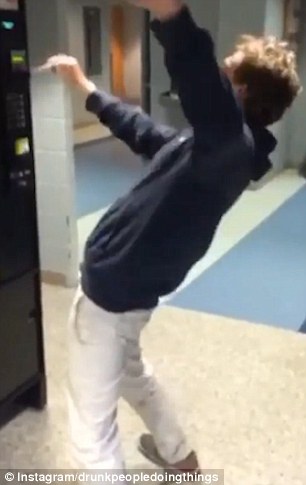 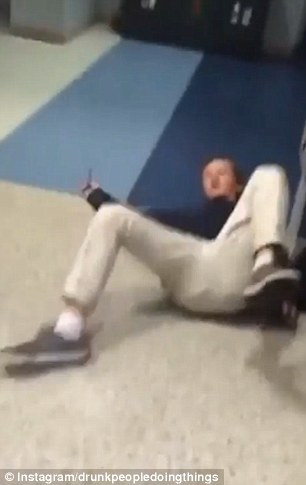 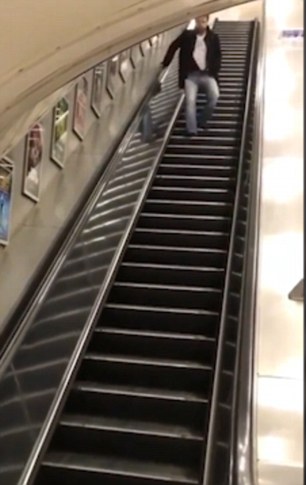 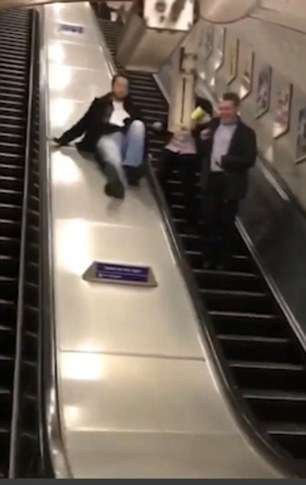 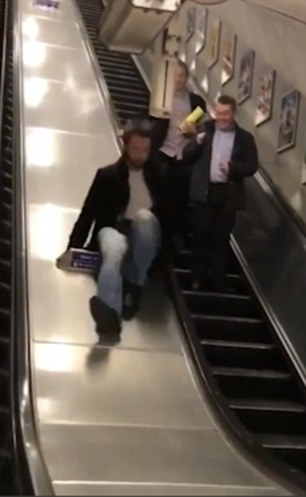 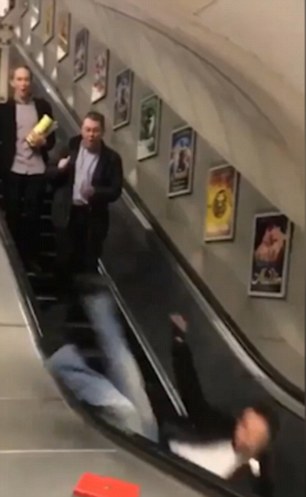 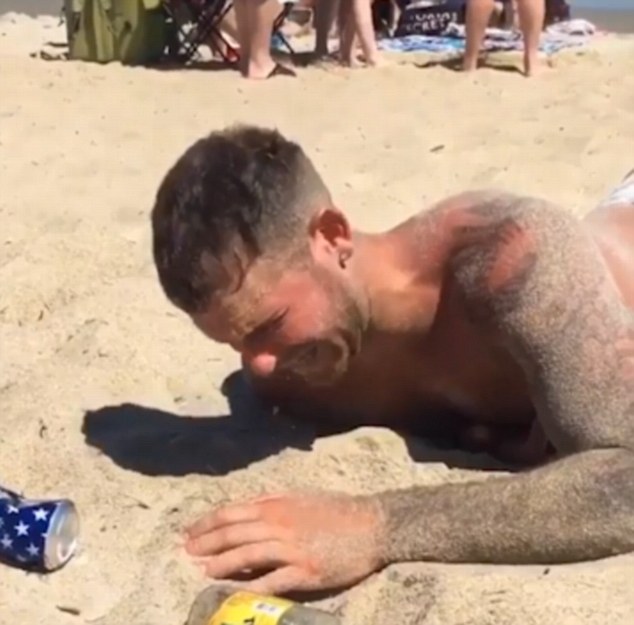 Our hero gestures across an icy car park before slipping over

He goes flying, throwing his beer can sky high, before hitting the floor and catching it again