Just 24 hours after the campus at Berkeley was put on lock down because fascist liberal domestic violence groups staged a massive rally and robbed four banks, two men attacked a student for wearing a Make America Great Again hat.  When they saw him they pulled their vehicle over and ran over and assaulted the 21 year old student, Jack Palkovic.

Jack Palkovic says he was wearing a ‘Make America Great Again’ cap and on his way to class Thursday when a white SUV slammed to a stop and two young men ran toward him.

One of the men screamed, grabbed Palkovic’s hat and pummeled him before the two got back in the vehicle and tried to drive away.

An Associated Press reporter witnessed the attack. Police arrived, blocked their escape and arrested both men.

Video of the incident was recorded on a cell phone by a reporter. 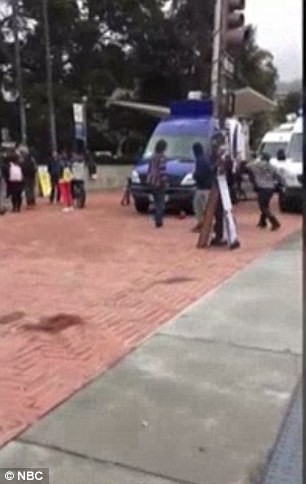 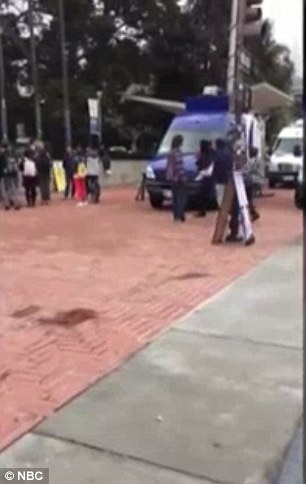 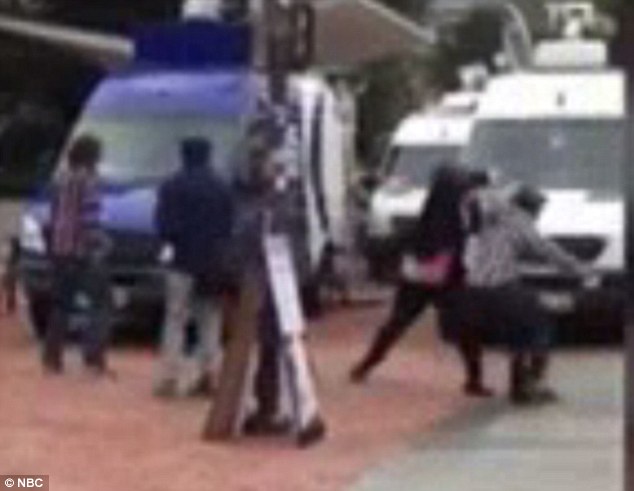 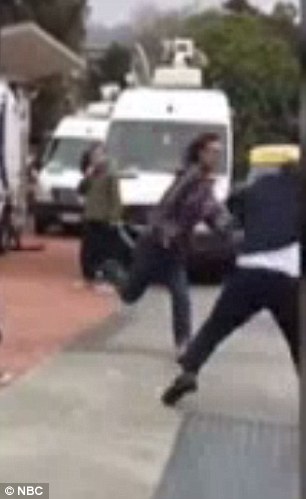 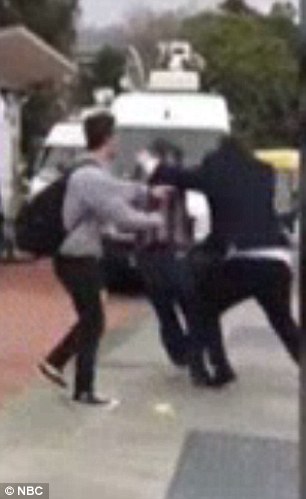