A law enforcement bulletin obtained by FoxNews.com warned that Islamic State fighters have increased calls for “lone wolves” to attack U.S. soldiers in America in recent months, citing one tweet that called for jihadists to find service members’ addresses online and then “show up and slaughter them.” 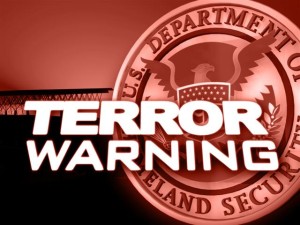 There will be “a continued call – by Western fighters in Syria and terrorist organizations – for lone offender attacks against U.S. military facilities and personnel,” warned a July law enforcement intelligence bulletin from the Central Florida Intelligence Exchange, a state-run agency that gathers, assesses and shares threat information and works with the Department of Homeland Security. “These threats will most likely increase should the U.S. or its allies attack the Islamic State of Iraq and Sham (ISIS) in Syria or Iraq.”

In one example cited in the bulletin, a British jihadist encouraged radicals still living in the West to use Facebook and LinkedIn to find and target soldiers.

“You could literally search for soldiers, find their town, photos of them, look for address in Yellowbook or something,” the tweet read. “Then show up and slaughter them.”

The bulletin came out long before Tuesday’s indictment of an upstate New York man on a raft of terror-related charges, including attempting to kill “officers and employees of the United States. Mufid Elfgeeh, 30, of Rochester, was indicted Tuesday by a federal grand jury on three counts of attempting to provide material support and resources to Islamic State. Elfgeeh was arrested in late May in a Walmart parking lot after a sting in which an FBI informant offered to sell him guns and silencers, which Elfgeeh allegedly wanted to use to kill returning American troops as well as Shiite Muslims living in the region.

Killing U.S. troops on American soil is is an increasing focus of  jihadists, according to the bulletin, titled “Continued Threat to Military Personnel from Al-Qaida Inspired Homegrown Violent Extremists.” It was sent out on July 8, 2014 “in response to recent social media messaging from Western fighters in Syria calling for attacks against “soldiers in the West.” Instead of luring radicalized Americans to the Middle East, Islamic State will likely encourage them to stay home and kill U.S. soldiers here, the bulletin warned.

“U.S.-based [Home-Grown Violent Extremists] could be inspired by this rhetoric to turn their attention towards carrying out attacks at home,” the bulletin states.

BREAKING NEWS: More Than 2,000 Residents Being Evacuated From Syria’s Kobani As ISIS Advances

The black Islamic State flag has been raised over a building on the outskirts of a strategic town of Kobani on the Syrian-Kurdish border, according to various sources. However, Kurds defending the border town say that the city has not yet fallen. […]

CNN correspondent Arwa Damon, in an interview with a young Syrian Kurd who was kidnapped by ISIS militants four months ago on his way back from school, was shocked when the boy seemed to sympathize with ISIS’s cause. Merwan Mohammed Hussein told Damon he […]

ISIS Supporters in America: The Jihadis Next Door?

In recent months, as ISIS began executing Western hostages and dialing up multiple threats to attack property and citizens in the U.S., Vocativ’s analysts have been using our deep web technology to uncover a potential ISIS presence in America. Two Americans have been charged in […]

In a 60 Minutes format, Saturday Night Live poked fun at President Obama — specifically, his strategies toward fighting ISIS and dealing with the recent Secret Service security breaches. Asked by Steve Kroft (played by Beck Bennett) if he underestimated the threat ISIS […]

Netanyahu on Fox: ISIS, Hamas Are ‘Branches of the Same Poison Tree’

Israeli Prime Minister Benjamin Netanyahu was on Fox News with Greta Van Susteren tonight, and he continued to argue (as he did earlier this week) that ISIS and Hamas are the same threat, “branches of the same poison tree.” He told Greta […]

Islamic State insurgents in Iraq have carried out mass executions, abducted women and girls as sex slaves, and used child soldiers in what may amount to systematic war crimes that demand prosecution, the United Nations said on Thursday. In a report based […]

An Army intelligence bulletin is warning U.S. military personnel to be vigilant after Islamic State militants called on supporters to scour social media for addresses of their family members – and to “show up [at their homes] and slaughter them.” The assessment, […]