Divers have found a stone age settlement just off the coast of Southern Sweden.  Scientists claim the inhabitants lived there only part of the year and that they had plenty of food and warmth and lived a good life.  They found fish traps and a pick axe made of Elk antlers. 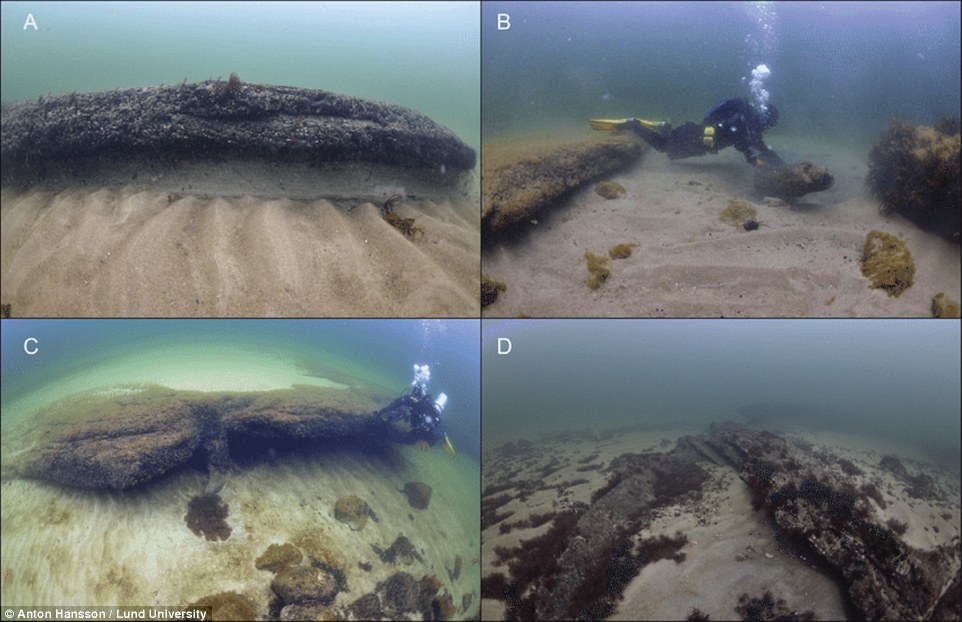 THE STONE AGE SETTLEMENT BURIED BENEATH THE SEA 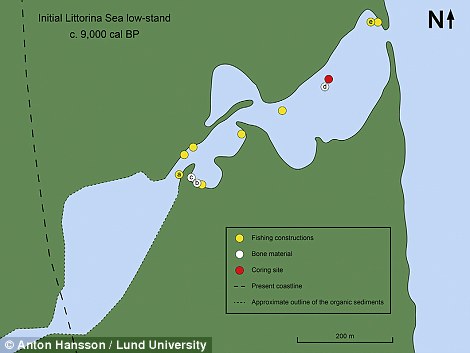 The researchers say Mesolithic humans lived here during two low-stand phases of the Baltic Basin, from the Yoldia Sea stage to the Initial Littornia Sea. Pictured is a tentative palaeogeographic reconstruction of the area during the Initial Littorina Sea low-stand

Researchers discovered the wood remains and archaeological artefacts up to three kilometers off the modern coast of the Baltic Sea at Havang.

These relics were found at least 20 meters below the sea, and are exceptionally well-preserved, dating back roughly 9,000 years.

The researchers say these ancient people ‘had quite good lives here.’

‘There was lots of food and quite warm climate, at least during the summers,’ Hansson says.

As humans have long preferred to live near the coasts, the researchers say submerged settlements such as this are common, due to rising sea levels that swallowed them in the later centuries.

According to the team, this site off southern Sweden was likely once a lagoon environment surrounded by a pine-dominated forest.

They say Mesolithic humans lived here during two low-stand phases of the Baltic Basin, from the Yoldia Sea stage to the Initial Littornia Sea. 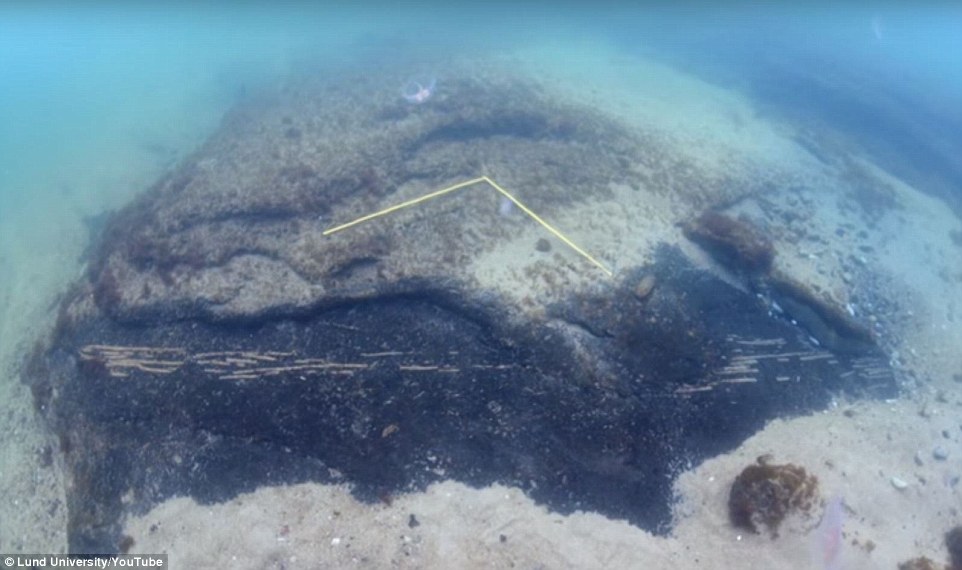 Breaking News of The Weird

Another Asylum Seeker in Sweden Convicted of...