Ivanka Trump shared a video of her daughter, Arabella,  singing and dancing to Pen-Pineapple-Apple-Pen), a single by Pikotaro, a fictional singer-songwriter played by Japanese comedian Daimaou Kosaka.  Ivanka apologized in advance because she said the song would be stuck in your head for the rest of the day. 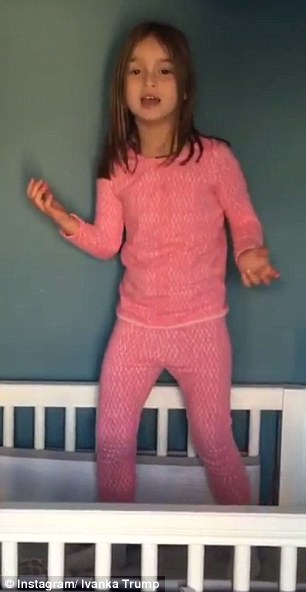 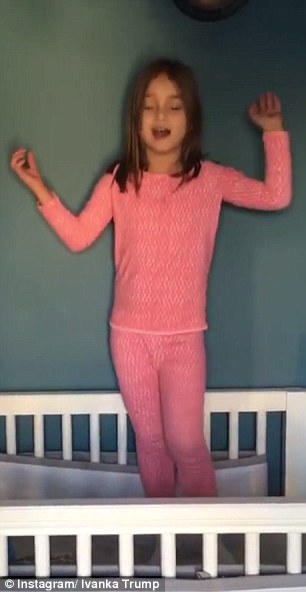 In the video, Arabella is still wearing her pink pajamas as she stands in her seven-month-old brother Theodore’s crib.

Ivanka’s eldest child confuses the title a bit when she announce that is ‘going to sing Pineapple-Pinapple-Apple-Pen’ but her enthusiasm is infectious.

Arabella, who looks just like a young Ivanka, is happily bouncing up and down and making gestures with her hands as she performs the viral hit.

The footage has been viewed more than 110,000 times in the first hour it was posted, and many people commented on how ‘cute’ Arabella’s performance was.