There is a very famous poem by German Pastor Martin Niemöller about the Holocaust:

First they came for the Socialists, and I did not speak out—
Because I was not a Socialist.

Then they came for the Jews, and I did not speak out—
Because I was not a Jew.

Then they came for me—and there was no one left to speak for me. 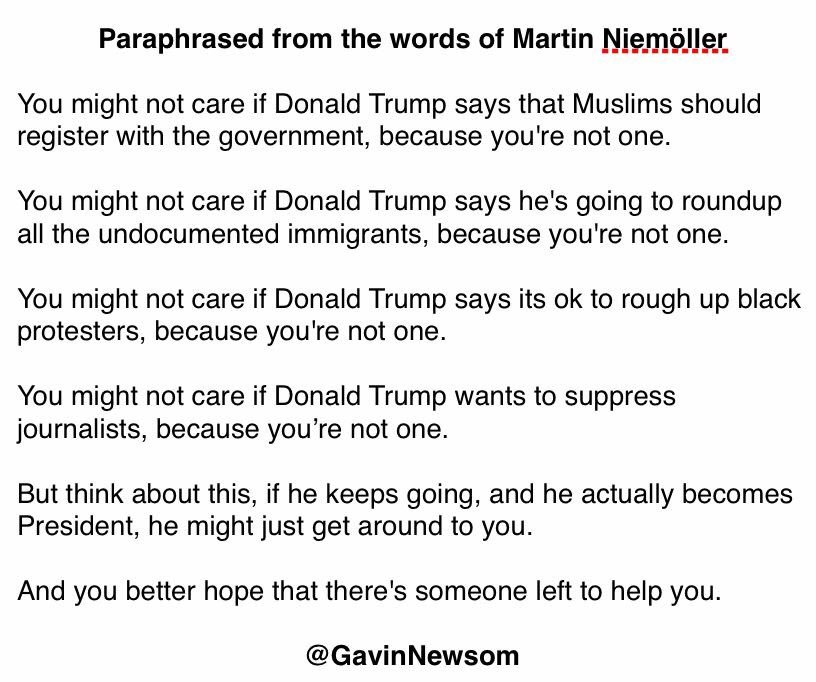 Unfortunately, he didn’t write it,  Air Force Col. Tom Moe did.  Newsome admitted the plagiarism after he was caught.

Here is the video of Lt Col. Tom Moe:

Now, look at what Newsome said about Mrs Trump’s plagiarism:

Glad to see GOP finally giving Mrs. Obama respect. Just odd that it had to come vis a vis the immigrant wife of a xenophobic birther.

Trump is great at art of distraction. We shouldn’t allow her plagiarism to take our focus off his Racism, Sexism, Xenophobia, + Jingoism.