A New York grandmother, Ann Wurtzburger,  is suing Kentucky Fried Chicken for 20 million dollars because she was expecting a full bucket of chicken but only received a half a bucket.  She is suing for false advertisement.  The description calls for eight pieces of chicken and that’s what she got.  She is basing her suit on the fact that on their TV advertising, they show a bucket overflowing with chicken.  If you are going to use that as a reason to sue, Subway would be paying through the nose.  Their “fresh” meat has to be microwaves and they are stingy with the meat and cheese. 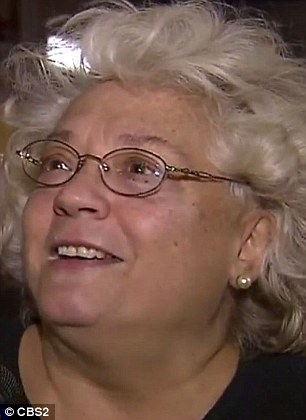 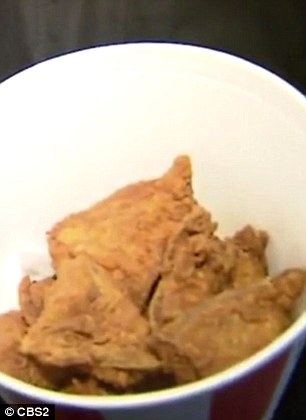 KFC offered her $70 worth of gift certificates but Wurtzburger says she sent them back. The company, which has said that a bucket is only meant to contain eight pieces of chicken, is now calling the suit ‘meritless’.

‘I came home and said, “Where’s the chicken?” I thought I was going to have a couple of meals,’ Wurtzburger told the New York Post.

‘They’re showing a bucket that’s overflowing with chicken. You get half a bucket! That’s false advertising, and it doesn’t feed the whole family. They’re small pieces!’

KFC, according to Wurtzburger, told her the ads showed a full bucket so that the public could see the chicken – but she was unconvinced.

‘It’s the principle of the matter,’ Wurtzburger told CBS. ‘Sometimes you gotta hit people where they feel the hurt. For me, a corporation like that – would be in the pocketbook.’

Wurtzburger, a widow, is retired and relies on social security benefits. She says she considered her KFC meal a rare treat.

KFC plans to ask the courts to dismiss the suit.