A teenage girlfriend was bullied and brainwashed by her older boyfriend during a year-long campaign of terror as he waged a bid to persuade her to marry him in a mosque.  That’s really all you need to know, but let’s move on anyway.

Primary school secretary Rachel Essaid, 18, began dating company director Imraan Hasham after they met in a nightclub in Manchester but she ended up living in fear of him when he cut her off from her family and demanded she wore more conservative clothes.

During their relationship, 32-year-old Hasham, who ran a chauffeuring firm, banned Miss Essaid from her mobile phone and would call her a ‘slag, low-life and ugly’ and tell her to ‘put your t*** away’ whenever she wanted to dress up.

He would also force the teenager to keep the blinds closed at home so no one could see her inside and also berated her when she waved at a male PE teacher while being picked up from work.

During a hearing at Manchester Magistrate’s Court this week, Hasham, from Withington in Manchester, admitted engaging in controlling behavior.

But he was spared prison after saying the future of his business was now ‘up in the air’ as a result of his arrest.

The victim’s ordeal began after she met Hasham in March 2016 at the Level nightclub in Bolton when she was just 17. Hasham told her he was just 20 while she told him he was 19.

Abusive: Rachel Essaid (left), 18, would be called a ‘slag, a low life and ugly’ by Imraan Hasham (right) whenever she wanted to dress up for an evening out 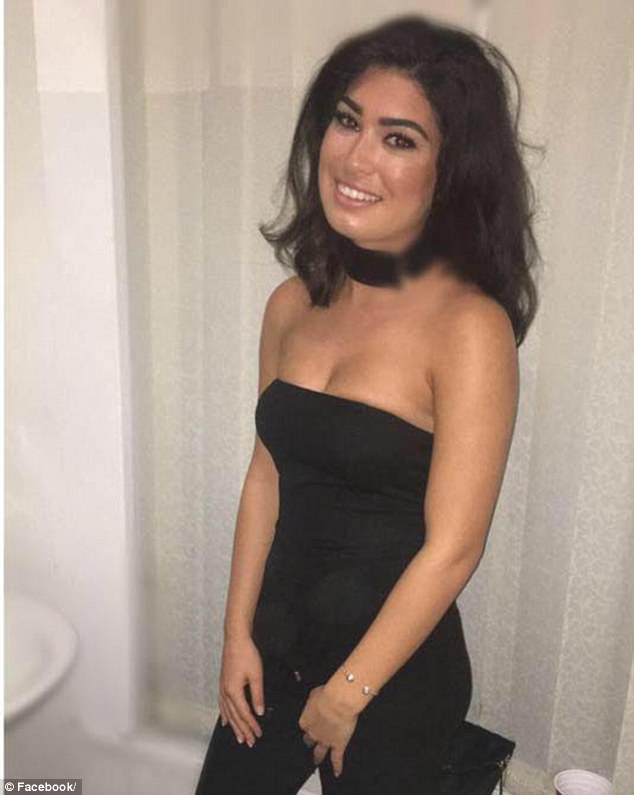 Controlled: Hasham would force Rachel Essaid (pictured above) to keep the blinds closed at home so no one could see her inside

They embarked in a year-long relationship which ended in March last year after police were called when Hasham threw Miss Essaid onto his bed and tried to smother her during an argument when she tried to leave his house to see her family.

He bit her on the hand so that she couldn’t use her phone and later threatened to kill Miss Essaid’s stepfather when he helped her pick up her belongings from Hasham’s home.

Officers discovered Hasham had a dark past having previously served an eight and a half year stretch over a terrifying bank raid during which a woman cashier was kidnapped at gunpoint. He also had convictions for a criminal damage and affray.

In a statement Miss Essaid who has had to undergo counselling told detectives: ‘He does not like me having friends. He calls them slags. For a while now I have been wanting to end the relationship but I feel I cannot get away from him.

In a statement Miss Essaid, now 18, told detectives: “For a while now I have been wanting to end the relationship but I feel I cannot get away from him.

‘He says that my life would be ‘s**t’ without him. I am scared of him.

‘He has said in the past that he would get his gun and shoot me or smash me in the face with a bottle. I feel that he does not want anyone to see me. I am not allowed to open the blinds or go out.

‘I have no self-confidence and feel worthless. I have lost all my independence and I fear I am not strong enough to say ‘no’ if he contacts me.’

Prosecuting, Matthew Treece said: ‘He told her he was 20 but was actually 32. The relationship was initially good and she started staying at his house frequently. She described the defendant as sometimes nice but controlled certain aspects of her life.

‘He would take her to and from work and wouldn’t allow her to use her mobile phone. He would also make comments about her make up and the way she looked. He has taken items of her clothing and thrown it away because he didn’t like them.

The court heard how the victim felt Hasham wanted her to stay at home and do the chores.
Mr Treece said: ‘ She said she felt that he didn’t want anyone to see her – he would force her to keep the blinds closed and wouldn’t let her out on her own.

‘He said he wanted to marry her in a Mosque and she said she thinks he just wants her to do the cooking and cleaning.’
On occasions, Miss Essaid had put on dresses and was immediately told to get changed and to ‘put her t*** away.’ 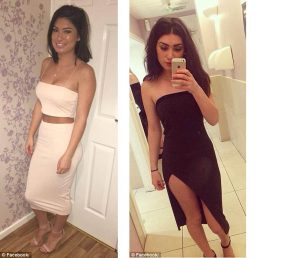 He said: ‘Hasham would make her go and get changed out of a long skirt and put trousers on instead. He would call her a prostitute and she claims that he just wanted to her cover up at all times.

‘She also worked at a school he would not like the fact that she worked there with males. On one occasion when he was picking her up he saw her waving at a male PE teacher which caused an argument.’

Physical violence flared on February 5 when Miss Essaid said she wanted to go and see her mother. Mr Treece added: ‘She told the defendant she needed more clothes as this was the only way he would let him see her.

‘But the two of them argued and when she tried to get out of the bedroom he wouldn’t let her and he pushed her back onto the bed and her smothered her.

‘On February 6 there were a large number of calls early in the morning which she says is normal of the relationship.

She told police on that morning, she went to the bus stop to get the bus from work outside her mother’s house and a few minutes later he pulled up in his car signalling for her to get in.

A bus pulled up behind and as the defendant was in the bus lane it was causing a scene so she agreed to get in the passenger seat.

The court heard how he then pulled over and started verbally abusing her and called her a ‘slag, a low life and ugly’.

She started to cry but he continued. She then got a message on her phone and he grabbed her phone and bit her left hand so that she would let go.

He then bent the phone causing the screen to crack.

Prosecution said: ‘As she tried to get out of the car the defendant grabbed hold of her and put his hand over her mouth so that she couldn’t scream. A passer by described the complainant as very distressed and said she could hear a man shouting very aggressively.

‘The complainant spoke to the police and her step father picked her up from work and drove to the defendant’s house to pick up her stuff. After some time spent knocking on his door the defendant opened and said: ‘Why have you bought another man to my house?’

After work, her step-father drove her to Hasham’s house to pick up her stuff but Hasham answered the door asking: “Why have you bought another man to my house?”

‘He then said to her step father: ‘I will f***ing kill you. If you know what is good for you, you will get back in your car and drive off.’

In 2006, Hasham was locked up for conspiracy to rob over a raid at the National Westminster bank in in December the incident the victim was grabbed by a gang of men as she opened the branch and was bundled into a waiting Ford transit van.

While some of the robbers stole cash, the 43-year old woman was threatened with a handgun and told to lie face down on the floor whilst her hands were bound and tape placed across her mouth. Later the van was doused in petrol, some of which splashed on the woman before it was torched as she was dragged out of the vehicle. 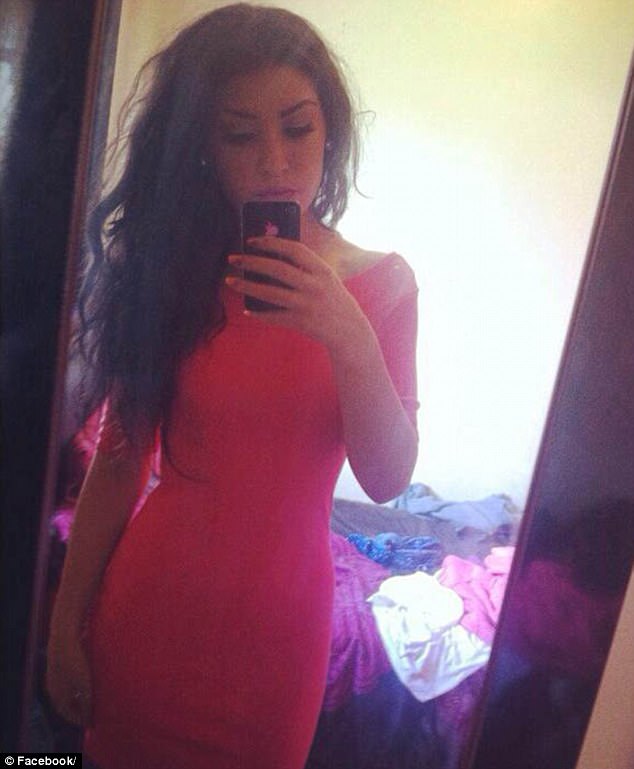 Marriage: Hasham said he wanted to marry Rachel Essaid in a Mosque

But despite admitting engaging in controlling or coercive behaviour during an intimate relationship – a new offence introduced in 2015 to help domestic violence victims – Hasham escaped jail after telling court his business was “up in the air”.

Hasham was given 26 weeks jail sentence suspended for 18 months and and was banned from contacting Miss Essaid for two years under the terms of a restraining order. He was also ordered to pay £500 compensation for breaking the victim’s phone and pay £1265 costs.