A woman from Alabama was near her home when a man approached her and demanded money.  When she told him that she didn’t have any, he placed her in the back of her own car and took off.  He stopped at a gas station to use an ATM machine and as he was driving away, the woman opened the trunk and jumped out.  She ran inside the gas station to hide, where she found the owner’s shotgun and she hid, hoping the man would not return.

Security footage shows the driver walking inside the gas station and using an ATM, before returning to the kidnapped woman’s black Nissan Altima.

As the car pulls out of the station, the trunk is seen being pushed open before the woman desperately flings herself out to safety.

She slams down onto the concrete, before quickly getting up and rushing inside the gas station.

After getting inside, the 25-year-old frantically runs up to a worker, who then allows her behind the counter where she crouches down to hide.

Another staff member is then seen picking up a phone to call the police.

Later in the footage the victim is seen hiding in what appears to be a storage room.

The gas station’s owner, Yosef Alsabah, told Alabama.com he told the suspect to leave when he was having trouble with the ATM because he was trying to withdraw too much money.

‘He was not right… there was something going on with him,’ Alsabah said.

‘He looked like he had a pistol in his pocket – I kept an eye on him.’ 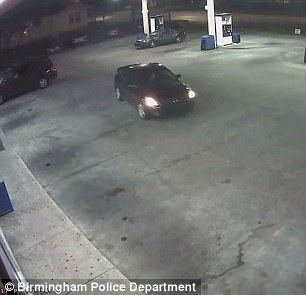 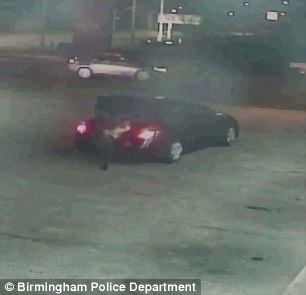 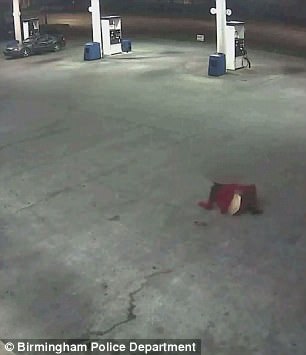 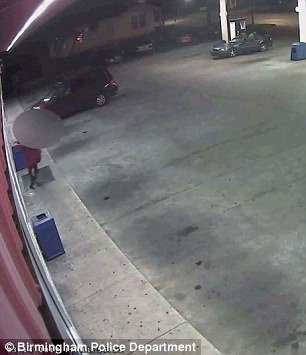 Guess What Happened When Alabama Added a...

Men Kill Record Gator But What Was...