A video has appeared that shows what happens when you boil down a quantity of Coke and Coke Zero.  If you are a Coke drinker, this video just might get you to switch to Coke Zero.  The reason for boiling it down is so that you can see just how much sugar goes into just one drink.

The experiment and subsequent video comes to us from  Home Science.  Coke Zero yields a very small amount of sugar but the Coke regular has a startling amount of sugar.

The video first pours a bottle of normal Coke into a pan and brings it to boil as the water slowly breaks down and a congealed mass of sugar remains.

Coke Zero is then brought to boiling point and as the water dissolves only a small amount of caramelised sugar is left behind in the pan.

A side-by-side comparison of the sugar contents in classic Coke and Coke Zero will please anti-sugar cultists and frighten regular Coke drinkers.

The creator of the video points out the mass of brown goop left in the pan after boiling a bottle of classic Coke is caramelised sugar. 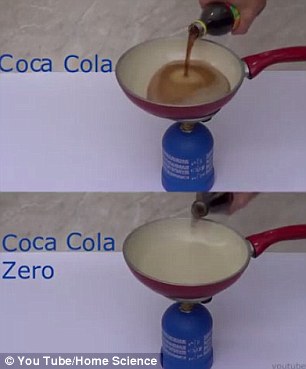 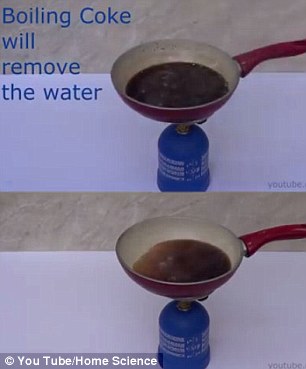 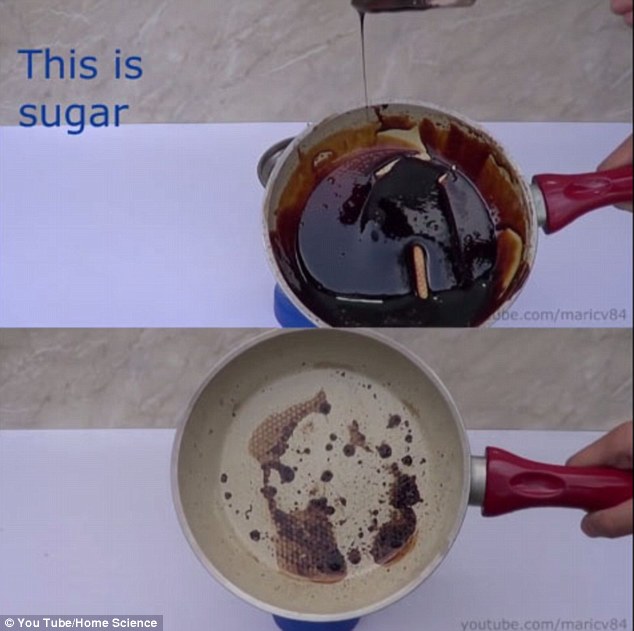 After boiling the bottle of Coke Zero and stirring for 20 minutes, the pan is almost empty and lovers of the diet soft drink can breathe a collective sigh of relief.

The diet drink – which made its debut to supermarkets in 2005 –  is flogged by Coca-Cola as containing absolutely zero sugar.

‘We use a blend of low-calorie sweeteners and flavourings to make Coca‑Cola Zero Sugar taste even more like Coca-Cola Classic,’ Coca-Cola Amatil says.

According to the soft drink giant, a classic Coke drink contains 10.6g of sugar per 100ml.