If the Democrats lose control of the Senate tonight, it’ll be in keeping with a tradition of sorts — the president’s party typically loses Senate seats in the sixth year of an administration. 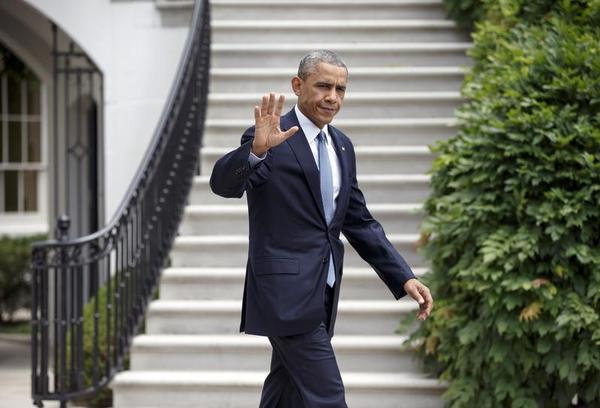 In 2006, Republicans lost six seats and the Senate majority for the final two years of George W. Bush’s presidency. Two historically popular Republican presidents – Ronald Reagan and Dwight Eisenhower – did even worse during their sixth years: Democrats picked up six Senate seats in 1986 and 12 Senate seats in 1958.

The same was true in the overlapping administrations of Democrats John F. Kennedy and Lyndon B. Jonson and Republicans Richard Nixon and Gerald Ford: the opposing parties each won four Senate seats in 1966 and 1974. (President Bill Clinton was the notable exception, as the Senate count remained the same while Democrats picked up five House seats in 1998.)

Some of these past presidents managed to have a successful final years working in tandem with the opposition party. If the Republicans gain a majority in the Senate, what will that mean for the next two years of governing between President Barack Obama and Congress?

“We have had presidents have very good years after the sixth-year itch, but that was before the paralysis and obstructionism today,” Gary Rose, political science professor at Sacred Heart University, told TheBlaze. “If Republicans win, he could be a lame duck. The Obama era could be over.”

Midterm election results have generally been seen as a statement about a sitting president’s performance, though White House press secretary Josh Earnest was quick to dismiss any such idea on Tuesday.

“The vast majority of voters are making decisions on election day based on the merits of the candidates on the ballot,” Earnest told reporters.

Brittany Maynard, Terminally Ill Woman Who Vowed to Take Her Own Life, Has Died