Under Barack Obama and Gina McCarthy combined for the most corrupt EPA in the history of the United States.  They may not be the most corrupt in the Obama administration however, since there is so much competition.  Everyone on the right was hoping that Trump would destroy the EPA once he officially becomes president.  Turns out that he destroyed them just by getting elected.  Apparently after Donald Trump won the election, the EPA collectively broke down in tears, which flowed as freely as contaminated water from the Gold King Mine.

McCarthy passed on punishing those responsible for the Gold King Mine incident or the ones who hid the Flint Water crises for months and I believe a lot of those tears were shed by those responsible for the two disasters.  Word is the Department of Energy shared their grief.  The EPA should be eliminated and their necessary duties handed over to say the Interior Department under Sarah Palin.

From The Young Conservatives: 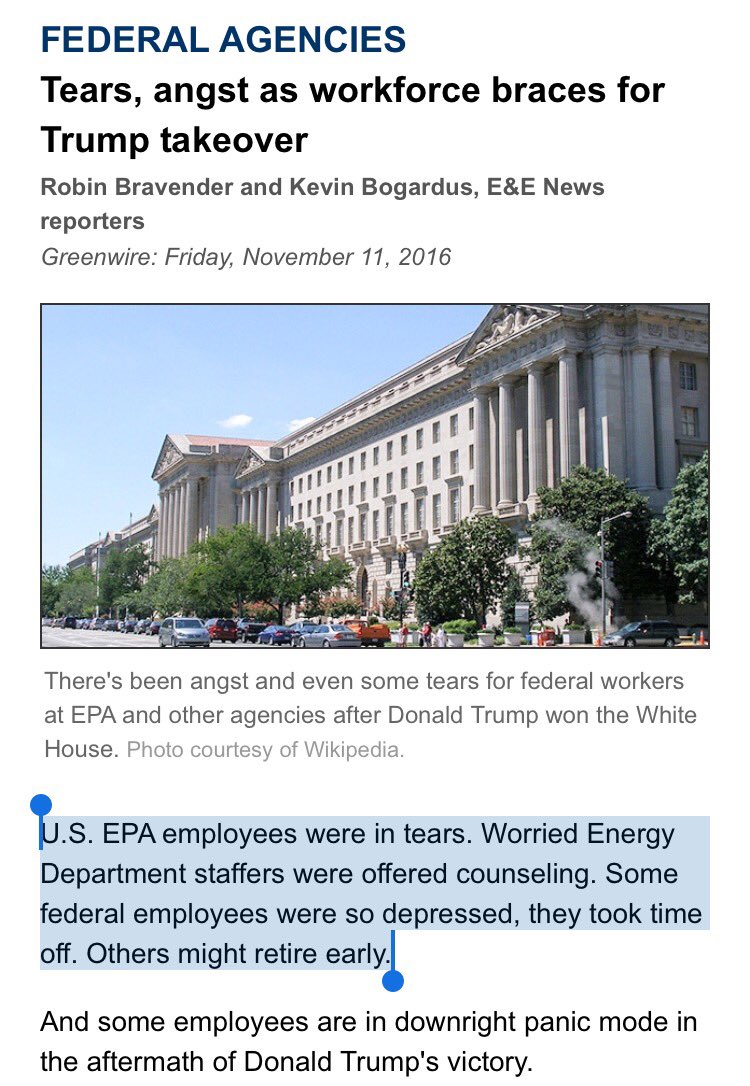 Incredible.  This is without a doubt one of the most exciting aspects of Trump’s presidency.

He has a real chance here to set the EPA straight.  Let’s hope he does.

The EPA is bad news.

They dumped millions of gallons of toxic waste into a river that poisoned the drinking water for thousands of people and the agency never got in trouble for it.

They knew that the drinking water in Flint, Michigan was toxic for months and didn’t warn the people.

Gina McCarthy, the head of the EPA, lied under oath and should have been impeached for it.