An Afghan woman was allegedly decapitated Monday for visiting a city without her husband.

Militants linked to the Taliban reportedly executed her for going shopping without a male guardian, The Independent reports citing officials in Afghanistan. The “infidelity act” took place in Taliban-occupied village of Lati in the Sar-e-Pul region.

Provisional governor spokesman Zabiullah Amani said the husband was in Iran and that they don’t have any children, local outlet Tolo News reports. The Taliban denied any involvement in the beheading.

Women gained more freedom in Afghanistan after the fall of the Taliban in 2001. Capt. Niloofar Rahmani — the first female fixed-wing pilot in the Afghan Air Force — recently asked for asylum in the U.S., saying she feels “unsafe” in the country. 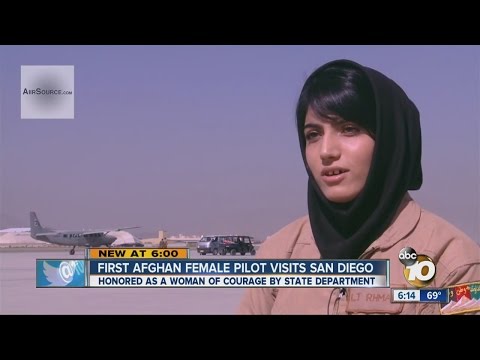 “Things are not changing,” she told The New York Times. “Things are getting worse and worse.”

Military officials in Afghanistan have asked the U.S. to reject the application.

“I am sure she lied by saying she was threatened, just to win the asylum case,” Gen. Mohammad Radmanish, a Defense Ministry spokesman, told NYT Sunday. “It is baseless that she claimed her life was at risk while serving in the Afghan Air Force.”