Drone ownership is growing by leaps and bounds but that is creating whole new problems for privacy.  Drones are often used as peeping toms, hovering outside bedroom windows even those belonging to very young girls.

Recently, a woman in Bellevue Washington, saw a drone apparently checking out her garden and patio.  She came out onto the patio and threw two stones at the device and the drone backed off and the woman went back inside.

The drone came in close a second time and the livid woman appeared with a gun and took aim.  It’s impossible to tell from the video whether she shot or not, but the drone did fly off.

The anonymous owner said: ‘We were flying our drone around, noticed our neighbour out on the deck and she started throwing things at the drone.’

Since sales of drones proliferated they have been used for numerous purposes.

The remote-controlled devices have been sold as toys, wildlife cameras and used in warfare as bomb-carriers.

E-commerce giant Amazon recently received a patent which could mean it will develop drones that can airdrop packages to people’s homes using parachute. 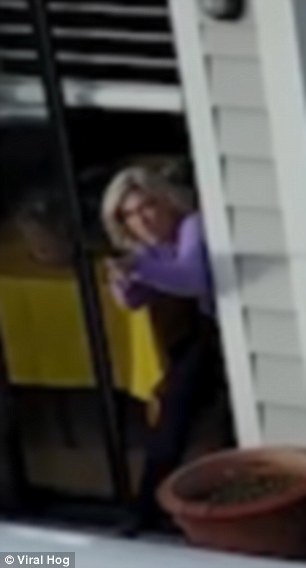 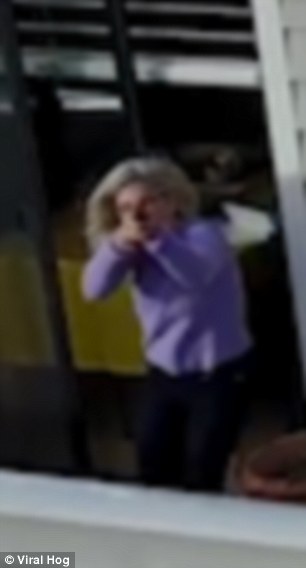 The technology has developed faster that the laws protecting privacy.