According to The Federalist a fake hate incident is not difficult to spot. The more an accusation of wrongdoing or criminal activity sounds like a picture-perfect capitalized example of Hate Crime or Wicked Evil Behavior, the more you should mistrust the claims.

There have been a slew of reported hate crimes since Donald J. Trump shellacked Hillary Clinton in the November election.

But, to the surprise of no one, most of the reported hate crimes ended up being complete fabrications.

It is also true that there were 2,000 reports of hate crimes against Trump supporters since the election. 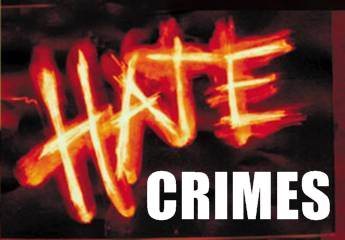 When is this shit going to stop? When are people going to realize that Trump is going to happen and there is nothing they are going to do about it?

This kind of material makes me wanna hate someone. Just kidding.