An 8-year-old with a heart of gold. This third grader from Michigan decided to take matters into his own hands when he noticed his friend was denied a hot lunch at school because he didn’t have money in his account.

Cayden Taipalus, a student at Challenger Elementary in Howell was appalled since he saw his friend receive a cheese sandwich instead of a hot lunch because his account was short.

His mother, Amber Melke-Peters said, he went home that day and was clearly upset about the lunch situation. He confronted his mother and asked her how he could help his friends so this would never happen again.

So with the help of his mother, he came up with a web page aimed at fundraising called, “Pay It Forward: No Kids Goes Hungry.” Once the website was up, Cayden called upon family, friends, and neighbors to raise money to pay off debts for his friend’s lunches.

That wasn’t all he did. Cayden went as far as going around and recycling so that he could raise a little bit of money on his own. A heart of gold indeed from someone so young.

After paying off his friends lunch debts, he requested that the lunch ladies would add funds into the children’s accounts who needed money so that they would never have to worry again.

Since Cayden has been helping, he has raised nearly $7,000 which have purchased hot lunches for more than 300 students. He plans to continue this so that no child would ever be denied a hot lunch again.

“I am so very proud of my son,” Peters said. “He is only 8 years old and to grasp the concept around this is just amazing in my eyes. He has a heart of gold.”

His mother wasn’t just the only one proud… all the staff members at Challenger Elementary are in disbelief about this child’s actions. He went and made a difference so that his friends can eat with him.

What started off as something so small turned into something so big and has now ensured hundreds of children a hot dish to consume. A truly wonderful action from a caring child who I know will do big things in the future. A thank you from all of us Cayden, bless your beautiful heart.

Cayden sounds and has behaved like a young adult. That’s astonishing to see at the age of 8. He is a go getter person and will be a leader in whatever his chosen profession. He has the empathy to see a problem and the wherewithal to search out a solution. Bravo, kid! 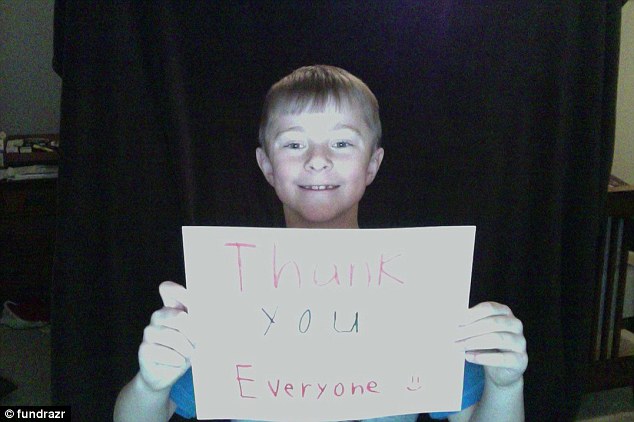