This morning I received a message on the Facebook page from a disgruntled follower and I wasn’t halfway through the message when I was already pissed off. Her message was in reference to the following story:

You can see how the rest of the conversation transpired below but my question is this: since when is police brutality ‘deserved’ or ‘brought on one’s self’? I’m sure this woman ‘brought it on herself’ as well, right?

Then there’s the incident that many haven’t heard about, the beating that Kelly Thomas received at the hands of out-of-control police:

It’s a scary time we live in when there are so many people who believe in bowing down to authority, regardless of whether the law is justified. 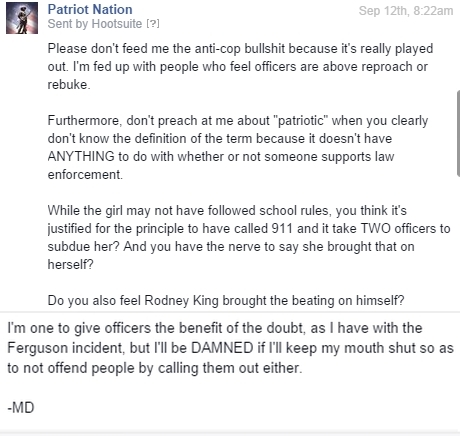 Tons Of Welfare Abusers Just Got The...