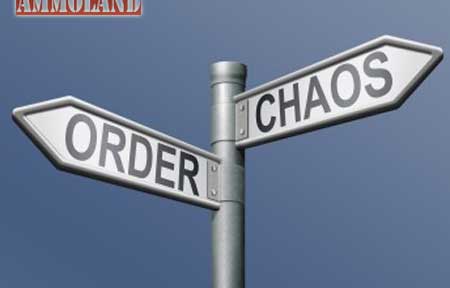 America at the Tipping Point (Part 1)

Is history going to repeat itself?

I recently read the book “The Miracle of Freedom: 7 Tipping Points That Saved the World ( http://tiny.cc/a4aklx ) ,” by Chris Stewart and Ted Stewart.

The Stewarts describe how radical Islam came within a hair’s breadth of taking over the world.

America at the Tipping Point (Part 2)

As I read that chapter and reflected upon my recent columns on the Islamic State’s proliferation and atrocities, I thought again: If we don’t get leadership in Washington that can deal with such matters, history will repeat itself, except radical Islam could possibly win this time.

As The Blaze explained, “Chris and Ted Stewart ask a question: How unusual is freedom in history? The answer may surprise some of you. The Stewarts estimate that fewer than 5 percent of all people have ever lived under conditions we in the Western World would consider free. The book explores a series of critical events, ‘obvious forks in the road leading to very different outcomes that resulted in this extraordinary period we live in.’”

The Stewarts also discuss how only 22 of the 195 countries around the world have had a democratic government that has lasted for more than 50 years.

And to what do those few countries owe the great privilege of freedom? The Stewarts say not merely our own efforts to fight for it but also the efforts of others throughout history.

A few noteworthy examples include:

In my previous two columns, I discussed how President Barack Obama’s foreign policy of appeasement has only emboldened our enemies, especially in the case of Islamic extremists.

No president is perfect. But compared with Presidents Ronald Reagan, George H.W. Bush and George W. Bush, Obama’s laissez-faire foreign policy plan — namely, ignore or negotiate with our enemies — is only causing their expansion and empowerment. They have spread like wildfire while he has coddled them and played the passive, retreating giant. And he is not the first in recent history to make this calamitous mistake.

The British prime minister from 1937 to 1940, Neville Chamberlain, was also known for his appeasement foreign policy. Despite Chamberlain’s signing the Munich Agreement in 1938 and conceding the Sudetenland region of Czechoslovakia to Germany, Hitler continued his blitzkrieg and invaded Poland. Rather than divert war, Chamberlain exacerbated its conditions and therefore had to work triple time to fight a stronger Germany in the first eight months of World War II. Only when Britain hit its tipping point did it even declare war on Germany in September 1939.

President Jimmy Carter is another example of the failure of appeasement foreign policy. In reaction to the Vietnam War, Carter downgraded the role of the U.S. military and sought a more peaceful path on the planet by downplaying the threat of our enemies, too.

In his May 1977 speech at Notre Dame University, Carter dismissed what he called “our inordinate fear of communism.” As a result, the Soviets invaded Afghanistan in 1979. The revolutionary government of Iran held 52 American hostages for 444 days, something that also bolstered the strength of Ayatollah Ruhollah Khomeini’s oppressive anti-American Islamist regime.

Moreover, the refusal of U.S. military and economic aid to Grenada strengthened its relationship with communist Cuba and heightened tensions with the U.S.

And not to be forgotten is Adm. Bobby Ray Inman, the director of the National Security Agency under Carter. Inman’s communications were intercepted, which uncovered that Libyan dictator Moammar Gadhafi had made a “loan” of $220,000 to Carter’s brother, Billy, to gain influence inside the White House.

It took a tough president, Ronald Reagan, to right the international wrongs of Carter and regain America’s place in the world.

As far as Obama is concerned, Kaufman compared his ineffective foreign policy to Carter’s and wrote, “Obama also has reprised Carter’s mistake of offering too little, too late.”

Because of Obama’s foreign policy of appeasement, the Islamic State has seized Syria and Iraq — and is spreading around the world; Hamas and Hezbollah are greater enemies of Israel; Russia is invading Ukraine; North Korea is more vigilant against the West; and Egypt and Libya are in political and military disarray.

Remember, early in Obama’s presidency, when supporting the Muslim Brotherhood in Egypt during the so-called Arab Spring was the new U.S. path for world peace?

Understanding the end result of Obama’s appeasement foreign policy is like looking into a historical crystal ball. Radical Islam has spread over the past seven years; the global community is more volatile than ever; and the U.S. is in a more unstable and vulnerable position and inching closer and closer to another world war.

As the old adage goes, if we don’t learn from history, we are bound to repeat it.

The seven tipping points that the Stewarts discussed remind us that each of those who fought for freedom through the ages has — in some way or another — made it easier for us to grab the baton of liberty. But the fact is that each country must fight to preserve freedom; otherwise, it will unravel one thread at a time. Like a frog in a kettle, we won’t realize it’s over until it’s too late. That is exactly the boiling point the U.S. is at with radical Islam and other extremist powers in the world, and the only way out is through stronger leadership in Washington.

Kaufman noted the only way out: “Count on worse to come until Americans elect a neo-Reaganite president who will renounce the Carteresque foreign policy of Barack Obama.”

That reminds me of a video that my wife, Gena, and I made in 2012. We cited these words from Reagan, which are truer today than even back when he said them:

“You and I have a rendezvous with destiny. We will preserve for our children this last best hope of man on earth, or we will sentence them to take the first step into a thousand years of darkness. If we fail, at least let our children and our children’s children say of us we justified our brief moment here. We did all that could be done.”

I ask again: Is history going to repeat itself? Is it already doing so?

About:
Action hero and Second Amendment activist, Chuck Norris is one of the most enduringly popular actors in the world. He has starred in more than 20 major motion pictures. His television series “Walker, Texas Ranger,” which completed its run in April 2001 after eight full seasons, is the most successful Saturday night series on CBS since“Gunsmoke.”In 2006, he added the title of columnist to his illustrious list of credits with the launch of his popular Internet column. Now Chuck is a regular contributor to AmmoLand, click the following link to See more of Chuck Norris on AmmoLand Shooting Sports News.