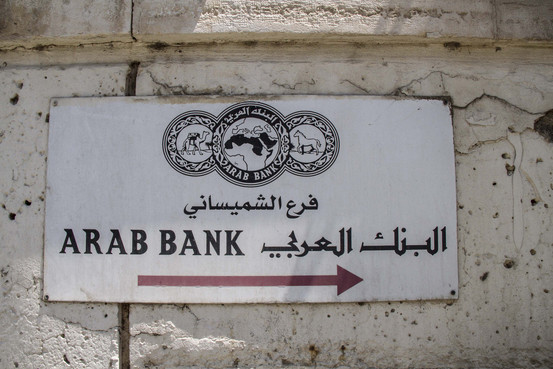 The Arab Bank said that it never knowingly did business with anyone on a government terrorism watch list.Freya Ingrid Morales/Bloomberg

NEW YORK—Arab Bank PLC, the largest financial institution in Jordan, was found liable for providing assistance to Hamas in the first U.S. jury verdict against a bank in a civil terrorism-finance case.

The verdict in U.S. District Court in Brooklyn potentially opens the door to more litigation under the Antiterrorism Act of 1990, which gives U.S. victims of international terrorism recourse in federal court. It puts banks on notice that they could face civil liability for doing business with clients regardless of whether the clients’ names appear on lists of alleged terrorists compiled by the U.S government. Several similar cases are pending.

The jury reached its verdict after about 30 days of trial and two days of deliberation, brushing aside the bank’s claims that it never knowingly did business with anyone on a government terrorism watch list.

During the trial, lawyers representing victims of attacks by Hamas in the early 2000s presented evidence that the bank knowingly routed compensation from Saudi donors to the families of suicide bombers and provided banking services to Hamas leaders and charities allegedly controlled by the group, which the U.S. has designated as a foreign terrorist organization.

Shand Stephens, a lawyer for the bank, said the evidence provided by the plaintiffs was “a mile wide and an inch thick.” He said “the Second Circuit is going to reverse it,” referring to the appeals court.

“Arab Bank believes it will ultimately prevail in this case,” the bank said in a statement. “The trial was infected by scores of errors, and the bank has very strong grounds for appeal.”

Gary Osen, a lawyer for the plaintiffs, described the verdict as a “milestone” and said other banks and clients would have to think twice about doing business with Arab Bank in the future. “This is the first institution ever found liable for knowingly supporting terrorism,” he said.

A separate trial will determine the amount owed to the roughly 300 victims and the family members of victims of 24 terror attacks in Israel, Gaza and the West Bank from 2001 to 2004, during the Palestinian uprising known as the Second Intifada.

“We have not finished our work here by a long shot,” said Judge Brian M. Cogan.