Super model Bella Hadid had a wardrobe malfunction on the runway at Alexandre Vauthier show for Paris Fashion Week when her dress slipped just enough to show a little too much to the crowd in attendance. The slip was so small that Hadid probably didn’t even notice at the time, and didn’t acknowledge it afterwards either. But when the photos were developed it became noticeable. She had the nip slip heart round the world.

Hadid began modeling at age 16 with a Flynn Skye commercial project. Hadid also starred in the “Swan Sittings” by Lesa Amoore, alongside actor Ben Barnes, and “Smoking Hot” by Holly Copeland, modeled for Hannah Hayes F/W 2013 collection, various other commercial projects, and had done campaign work for Chrome Hearts in summer 2013 and 2014.

She made her New York Fashion Week debut in the fall of 2014, walking for Desigual. In the spring fashion weeks of 2015, Hadid walked for Tom Ford in Los Angeles, and walked in the amfAR 22nd Cinema Against AIDs Gala fashion show in May. In the fall 2015 New York Fashion Week, she walked for Diane von Fürstenberg, Tommy Hilfiger, Jeremy Scott (she closed his show), and Marc Jacobs. At London Fashion Week, walked for Topshop Unique and Giles, and at Milan Fashion Week for Philipp Plein, Moschino, Missoni, and Bottega Veneta. While at Paris Fashion Week she walked for Balmain. In December 2015 she made her Chanel debut, walking for the first time in the luxury brand’s Métiers d’Art show in Rome. 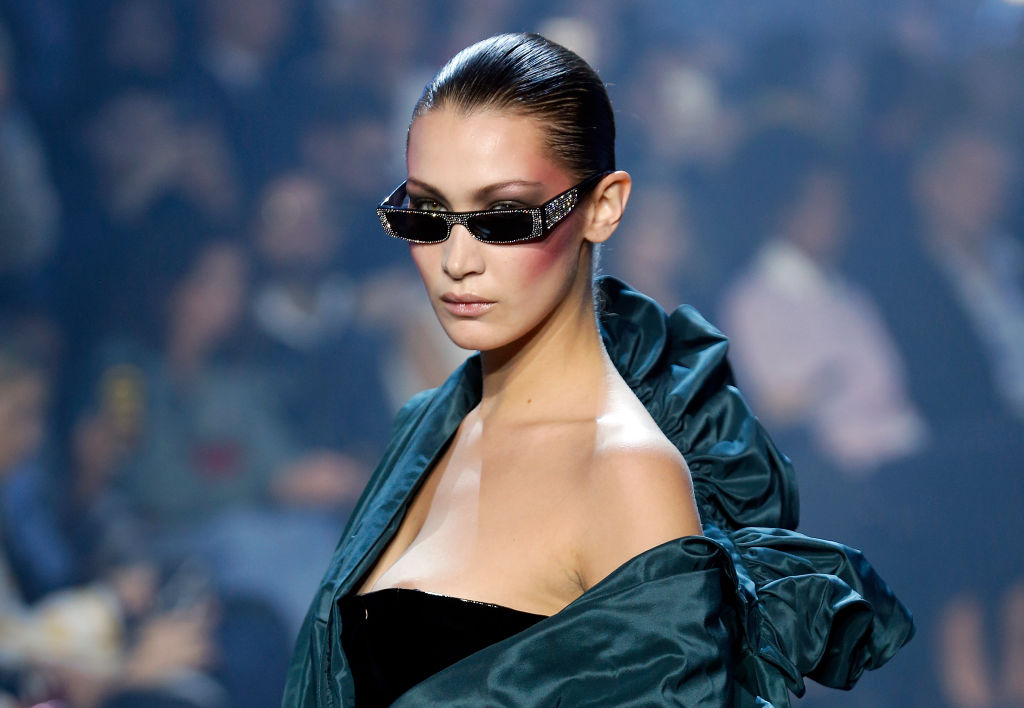 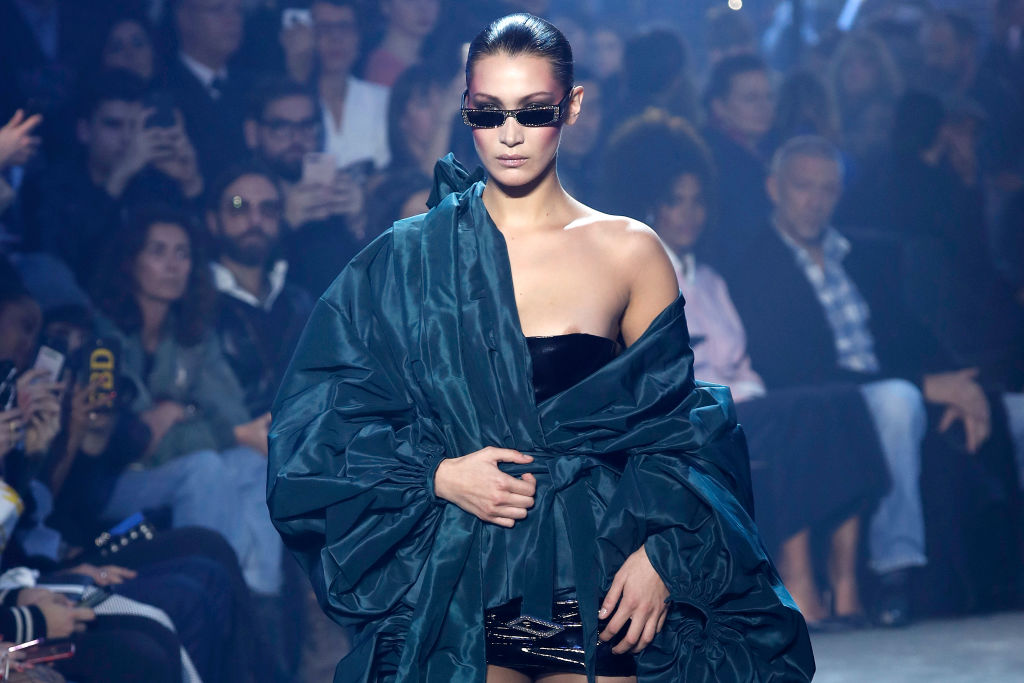 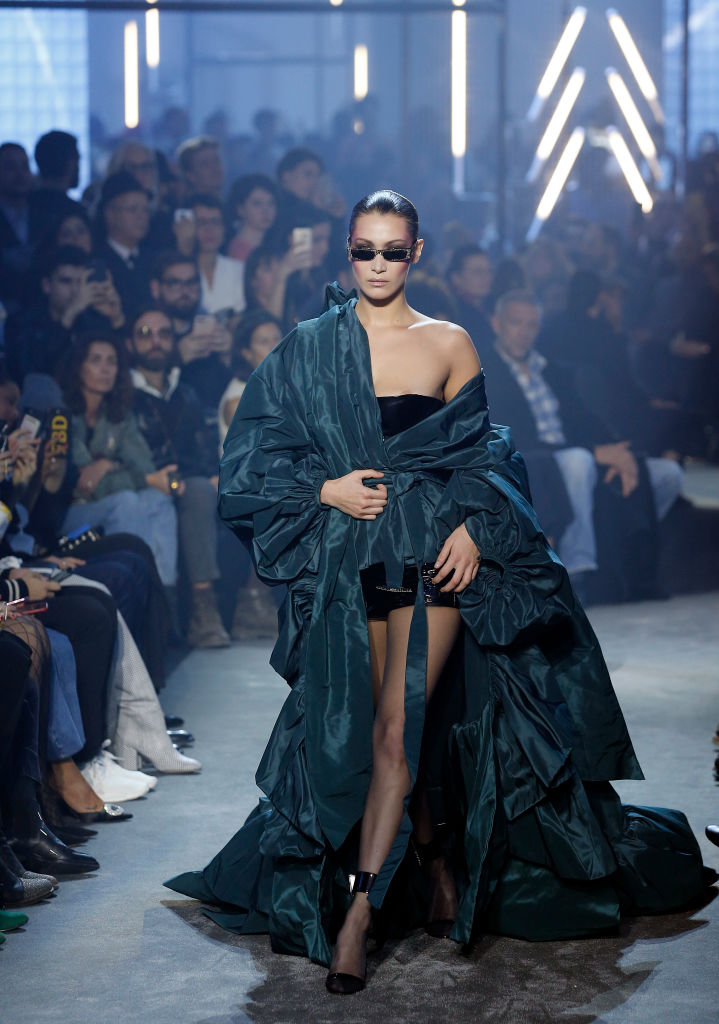 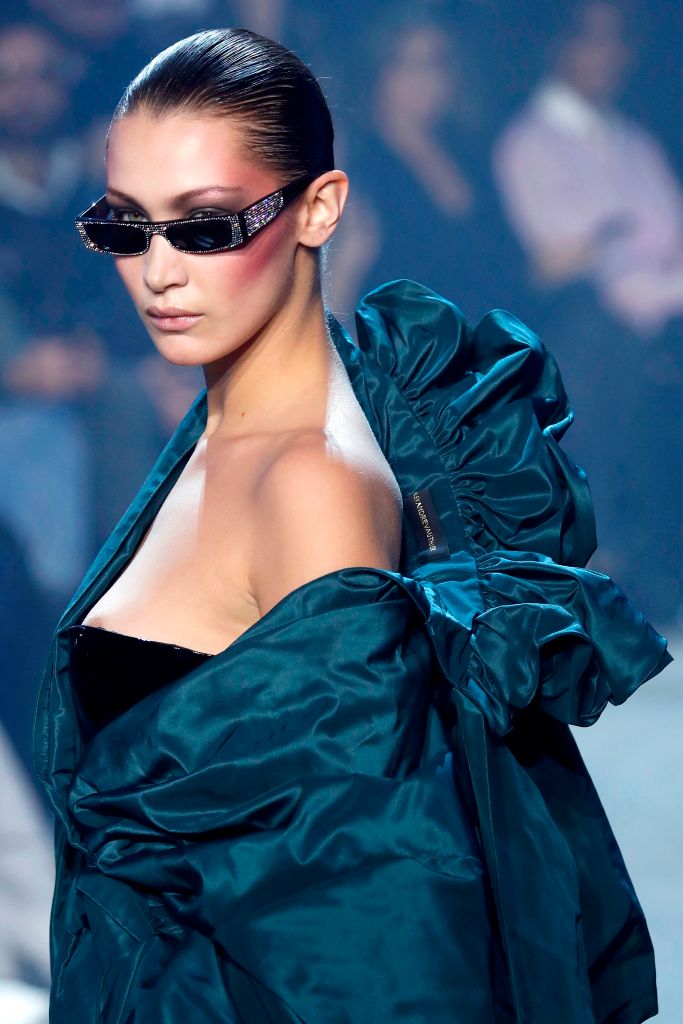