Two years ago the Chilean Navy took aerial photos of an unexplained origin.  They sat on the pictures as they investigated.  They were unable to explain this object that was flying close to one of their planes.  Of course, just because they didn’t find the origin doesn’t mean they were spaceships navigated by little green men.

The two Navy planes tracked the object for 35-40 miles and tried to communicate with them to no avail, so the pilots notified the two nearby radar stations.  Curiously, the radars picked up the two Navy fliers but could not find the UFO on their screens.

CEFAA officials told me they determined that there were no drones operating near the mine. “People in that zone know about drones,” said Jose Lay, international affairs director for the CEFAA. “Fishing companies use drones and they make a lot of noise. This was definitely not a drone.” DGAC officials also ruled out any experimental aircraft, planes, weather balloons, or anything else that could explain the incident. 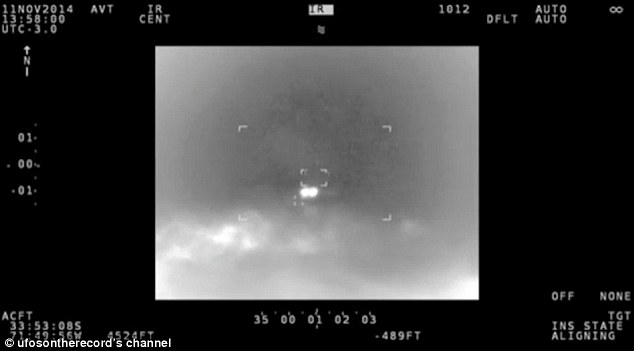 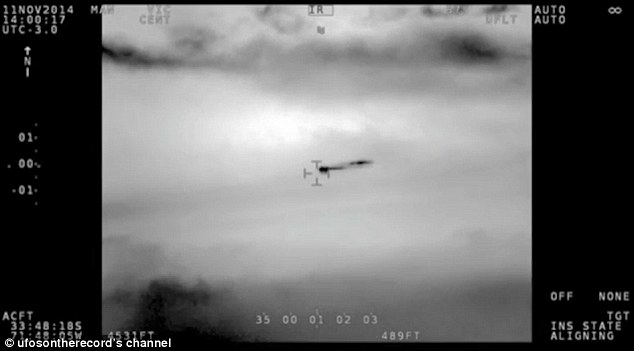 The UFO, which was said to be the same size as a helicopter, omitted a long plume of gas or liquid before disappearing into the clouds.

General Bermúdez, accompanied by nuclear chemist Mario Avila, a CEFAA scientific committee member, conducted interviews with the two officers at their Navy base.

‘I was very impressed by these witnesses,’ he said.

‘They were highly trained professionals with many years experience, and they were absolutely certain that they could not explain what they saw.’

The footage was captured on a sophisticated Surveillance & Reconnaissance (SAR) camera in broad daylight.