THE CURIOUS CASE OF ZIYAD ABID: MURDERER RETURNED TO SAUDI ARABIA – WHY?

Ziyad Abid was charged in a murder-for-hire plot against bar owner in Missouri, William Blaine Whitworth. The case was supposed to go to trial, but suddenly, the prosecutor in Johnson County, Mo. – Lynn Stoppy – announced that all charges against Abid were to be dropped.

Twenty-four-year-old Ziyad Abid, – twice-denied bond over fears he would leave the country, was charged with first-degree murder for the Sept. 2012 homicide of bar owner Blaine Whitworth, but after a visit to Warrensburg, Missouri by Barack Obama – things changed dramatically.. 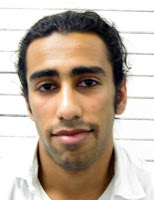 The town is still outraged, the police befuddled why the sudden change of heart by the prosecution. And for good reason: The are no answers to any of the big questions why this kid was quickly returned to Saudi Arabia.

Abid was in the US on a student visa and, like a few of his infamous Saudi compatriots, also had a fascination with flying — he was studying aviation at the University of Central Missouri so he too could become a pilot.

Accused of hiring hitman Reginald Singletary to shoot Whitworth to death in front of his home last year, inmate Abid’s sudden release from jail yesterday follows on the heels of an equally surprising visit to Warrensburg, MO by Barack Obama at the tail end of July of the same year..

Listen to the prosecutor’s statement AFTER Obama left:

“our understanding of evidence previously obtained from a critical witness has changed. As a result, the state is currently left without sufficient evidence to support the prosecution at this time.”

The Warrensburg murder first made national headlines when Saudi-born suspect Abid was denied bail. Then, when finally granted it on appeal, the $2-million bond was paid for by his country via a wire transfer and that payment swiftly rejected by the judge.

In its refusal, the court stated it was concerned about the source of the money and understandably viewed the foreign defendant as a probable flight risk. 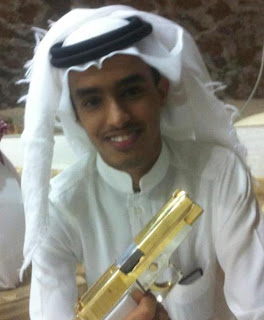 Ziyad Abid’s case, particularly the secretive nature of his absolution from charges of premeditated homicide, mirrors the events that took place in the immediate aftermath of the Boston Marathon bombing this past spring.

In that controversy, Abdul Rahman Ali Alharbi, a Saudi national in his twenties, was sought and detained by police for his role in the terror plot, only to be quietly released from custody days after amid public protest and hazy assertions of his ‘innocence.’

Alharbi has close familial ties with a number of well known Saudi terrorists; it is believed he’s since fled the United States for his homeland and affluent tribe.

The American government’s dubious relationship with Saudi Arabia, and its frequent intervention on behalf of that oil-rich kingdom’s nationals who stand accused of committing heinous crimes on our shores, has justifiably fallen under scrutiny since9/11.

Reginald Singletary, a former employee of Whitworth’s, confessed to the murder. Singletary told police he was hired by Abid but prosecutors have never revealed Abid’s possible motive.

Lynn Stoppy, Johnson County, Mo., prosecuting attorney said Friday that their understanding of evidence in the case had changed.

“Abid was originally charged based on evidence resulting from the criminal investigation. Very recently, our understanding of evidence previously obtained from a critical witness has changed. As a result, the State is currently left without sufficient evidence to support the prosecution at this time,” said Stoppy.

In a statement released by the Chief of Police, Bruce Howey said they are disappointed.

“As a law enforcement agency, our job is to investigate crimes to the fullest, and then not intercede in the prosecution process once the case has been turned over to them. We have full faith and the utmost respect in our Prosecuting Attorney and the State Attorney General’s Office and the difficult decisions they have to make.Due to the fact that there is a pending criminal case against Reginald Singletary, we will make no further comment,” Howey said.

Abid was attending college in Warrensburg to become a pilot at the time of his arrest.

Prosecutors on Friday dropped all charges against a Saudi national accused of hiring someone to kill a Warrensburg, Mo., bar owner.

Ziyad Abid had been held in jail since last September for the shooting death of William Blaine Whitworth even though the required $2 million had been posted for his bond. The judge in the case didn’t like the source of the money: the Saudi government.

Twice, Circuit Judge Michael Wagner denied Abid’s release on grounds he could be a flight risk or deported by the federal government before trial.

Abid, 24, who had studied aviation at the University of Central Missouri before his arrest, faced a first-degree murder charge. Whitworth, 25, was shot to death Sept. 1, 2012, in the driveway of his home in Warrensburg.

Four days after the killing, authorities arrested Reginald Singletary Jr., a former bouncer at one of the two bars Whitworth operated in the college town. Singletary, a graduate of Winnetonka High School who later played football at Missouri Valley College, told authorities that Abid paid him to kill Whitworth.

She said in a statement: “Very recently, our understanding of evidence previously obtained from a critical witness has changed. As a result, the state is currently left without sufficient evidence to support the prosecution at this time.”

Abid’s defense attorney, Pat Peters, told The Associated Press that he and his client were “thrilled beyond belief.”

Peters argued earlier that Singletary had told several versions of events, including that a gang, then the Mafia, had hired him to kill Whitworth. Peters also said no physical evidence tied Abid to the killing. The only thing that did, Peters said, was the accusation by Singletary.

Diane Whitworth, the victim’s mother, was clearly upset by the dismissal when reached by phone.

“We are disappointed, but other than that there isn’t anything else to say,” she told The Asociated Press.

Abid’s parents arranged for the Saudi government to provide the $2 million for their son’s bond. The money was electronically transferred in April to a Warrensburg bank. But Wagner refused to release him. Because of his arrest, Abid had lost his student visa, which meant he was in the country illegally and could be deported, Wagner said.

Nearly every one of the hijackers responsible for that unprecedented terrorist attack in 2001 were Saudi citizens. None were actually from later-bombed Afghanistan or Iraq.

And, just like Ziyad Abid, these wealthy young Saudis were all here on student visas too, learning how to navigate big planes into tall buildings.

The current whereabouts Abid is a mystery to this day. Curious.
Read more at http://joeforamerica.com/2014/10/curious-case-ziyad-abid-murderer-returned-saudi-arabia/