Many of you will remember the television show, The Dukes of Hazzard.  One of the repetitive featured stunts were impossible jumps made with the car.  The Autorama decided to pay homage to that show with their own orange 1969 Dodge Charger R/T.  The car was redesigned by stuntman,  Raymond Kohn, in order to absorb the shock of the car landing on pavement.

The car sailed twenty five feet into the air and landed in the middle of the street 125 feet away, without doing too much harm to Kohn, although he said he expects to be plenty sore tomorrow.  This got me to wondering just how big a part special effects had in filming the show.  It seems to me if they were making real jumps, they would either run out of cars or stuntmen or both.

‘I tell people, I’m not brave. I do it because I’m scared,’ Kohn told Detroit Free Press.

He designed the car specially to absorb the shock of the landing, though it was the first time he’d ever landed the jump on asphalt.

He added: ‘The fear is overwhelming. I can’t even feel my face because of the numbness.’

Kohn said that although he was still extremely exciting about the successful stunt, he would definitely be sore tomorrow. 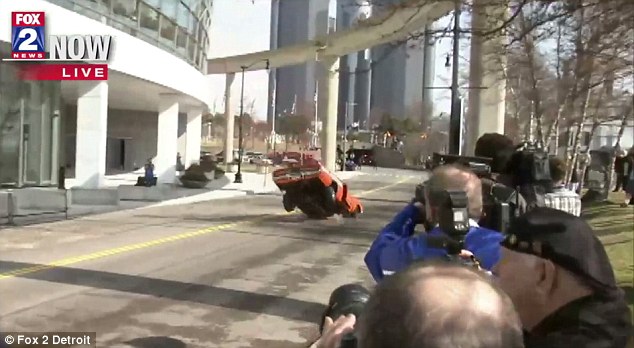 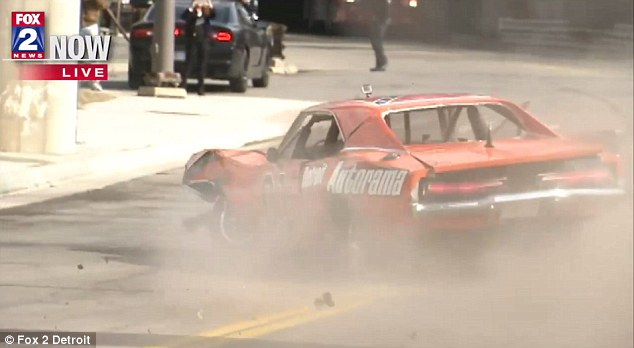