As long as Islam is allowed to blossom across parts of the world, we will always have terrorism. Jihad and the Quran will always be the the two driving forces of terrorism, and the sooner world leaders accept that, the sooner we can make meaningful strides to saving more lives.

Following the deadly terrorist attacks in Paris, France that killed more than 130 people, French authorities quickly realized that they had a bigger problem on their hands than they ever imagined.

Unlike America after an attack, France started immediately raiding Islamic mosques to see what they could find in order to keep their citizens safe. 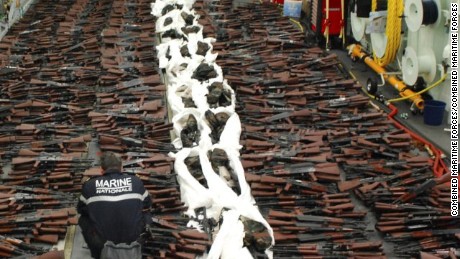 Upon raiding several mosques, French authorities found a large collection of 7.62 Kalashnikov ammo along with boxes of Islamic State (ISIS) propaganda videos. They also found hundreds of rifles, weapons, explosives, and other resources that would allow them to carry out a Paris-style attack several times over.

France isn’t messing around. They’ve arrested more than 230 Muslims and collected more than 324 weapons. Many others are under travel bans and house arrest. They have shut down three mosques and have raided more than 2,300 homes.

Many French leaders have also joined those voices in the EU calling for an end to importing Syrian Islamic refugees, as a proper screening process is impossible.

Compare that to the response we saw from President Barack Obama, who blames the gun instead of the jihadi after every single terrorist attack.

There are more than 2,106 Islamic mosques inside the United States right now. Imagine how many could be terrorist hot spots like the ones in France.

It looks like Trump’s comments were right, and it’s time to start treating Muslim communities with suspicion!