Hillary Clinton met with Giovanni Gambino to discuss eliminating the country’s RICO Act law in order to win freedom for his father,  godfather of the Sicilian mafia in the United States, and boss of one of New York’s five families, Francesco “Ciccio” Gambino.  The younger Gambino is a successful author who writes about the mafia.  He said that he met with Clinton in 2007 and that she was very receptive to the idea of doing away with RICO.  That’s very ironic since the Huffington Post and the New York Times have both published articles that the FBI plans on requesting RICO Act charges against Clinton.  The Huffington Post that is solidly behind Clinton deleted their story. 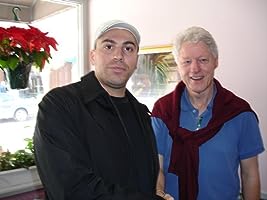 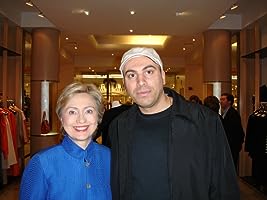 Gambino confirmed that Clinton expressed willingness to look into the issue of changing the RICO law.

“‘Of course,’ she told me,” Gambino said. “Once she settled down and once she accomplished what she wants to do she would do something about it.”

“She promised me that she was going to look into it, and she told me she knew the over-populated prisons were a big problem,” he said. “She knew it was a big problem.”

Clinton, of course, lost the 2008 primary to Barack Obama, and Gambino’s father died before any changes to the RICO law could have sprung him from the joint.

“I think Donald Trump will be great for the military.  He will be a great leader in that aspect. A lot of leaders around the world respect him because they know he’s a great businessman and he’s got a great personality.”