A female student at the Sidwell Friends School, the school Sasha and Malia Obama attend, has reported that she was raped on campus by her ex-boyfriend. 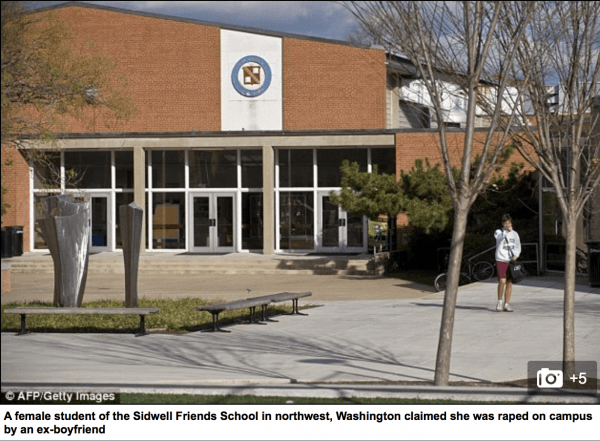 According to Daily Mail:

Sidwell Friends is an elite private school that is attended by the children of many members of the Washington elite. Tuition costs $37,750 a year, and it is often described as the Harvard of Washington’s private schools. Sasha and Malia have attended the school since 2009, when their father took office, and former first daughters Chelsea Clinton and Tricia Nixon were also once students there.”

Read the full story at The Daily Mail