The father of Jejoen Bontinck, a young Belgian who spent three weeks in the same cell as James Foley and other hostages, showed a picture of the prison where they were held. Credit: Jasper Juinen for The New York Times

The hostages were taken out of their cell one by one. In a private room, their captors asked each of them three intimate questions, a standard technique used to obtain proof that a prisoner is still alive in a kidnapping negotiation.

James Foley returned to the cell he shared with nearly two dozen other Western hostages and collapsed in tears of joy. The questions his kidnappers had asked were so personal (“Who cried at your brother’s wedding?” “Who was the captain of your high school soccer team?”) that he knew they were finally in touch with his family.

It was December 2013, and more than a year had passed since Mr. Foley vanished on a road in northern Syria.

Finally, his worried parents would know he was alive, he told his fellow captives. His government, he believed, would soon negotiate his release.

What appeared to be a turning point was in fact the start of a downward spiral for Mr. Foley, a 40-year-old journalist, that ended in August when he was forced to his knees somewhere in the bald hills of Syria and beheaded as a camera rolled.

At least 23 foreign hostages from 12 countries have been kidnapped by Syrian insurgents, sold or handed over to the Islamic State, and held underground in a prison near the Syrian city of Raqqa.

James Foley was one of at least 23 foreign hostages from 12 countries who were kidnapped by Syrian insurgents, sold or handed over to the Islamic State, and then held underground in a prison near the Syrian city of Raqqa. A majority of the hostages were freed in exchange for large sums of cash, but those from the United States and Britain — two countries that abide by a strict no-ransom policy — were either killed or are still being held. 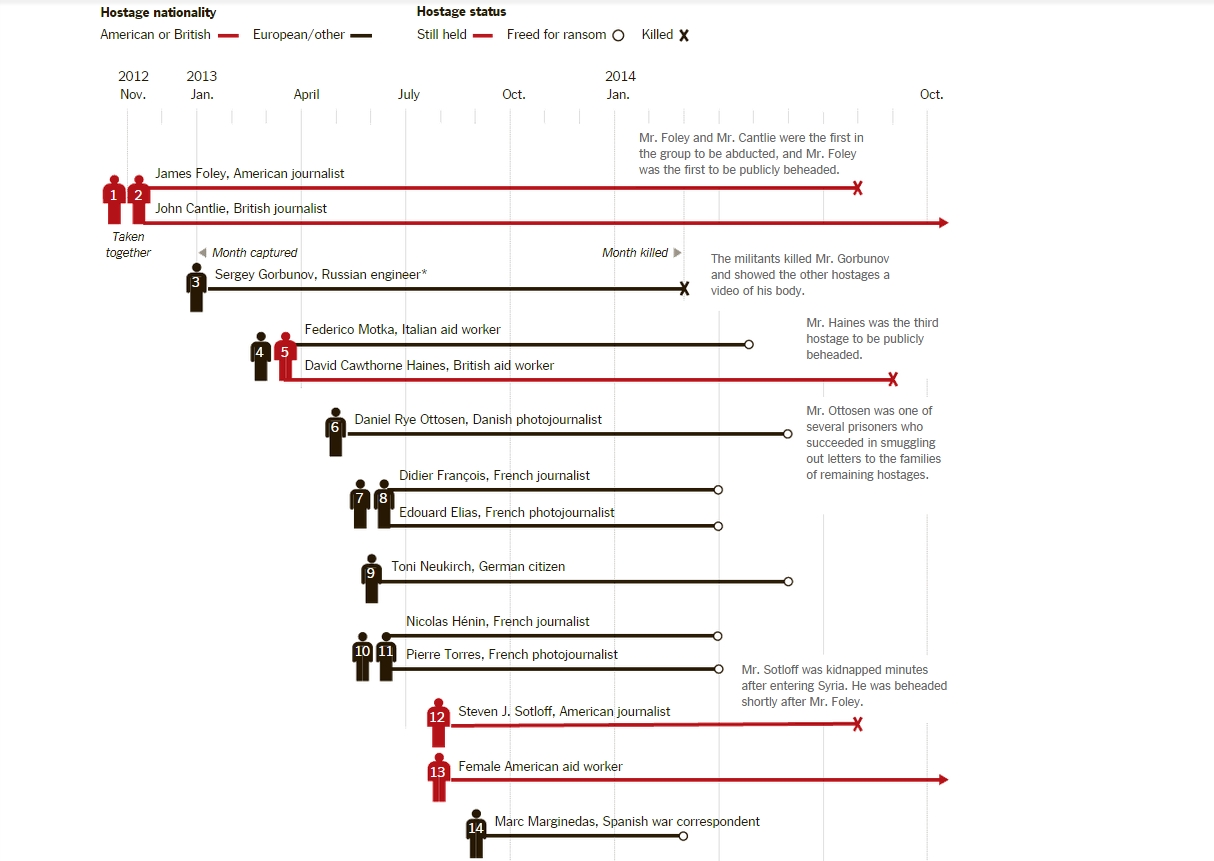