An appliance store in New York was the site of an unusually terrifying prank.  Employees at the store encouraged shoppers to check out their big screen TVs and compliment them on their lifelike features.

All of the TVs were showing Samara from “The Ring” movie, with the same picture on all of them.  That’s when things got horrifying as Samara made her way out of one of the sets, sending customers running for their lives.

Shoppers were showed a cabinet of the latest television sets in an electrical store where the salesmen encouraged them to compliment the ‘life like’ picture.

However, as they are left to admire the sets to their horror the character from the Rings trailer can be seen creeping out of the television as is the story line in the film.

One man, wearing a black baseball cap and black tee-shirt, made a run for it after ‘Samara’ – who has a grey, deformed face and sunken eyes – tried to touch him.

The video was tweeted by The Rings movie official Twitter account where it amassed more than 25,000 retweets and 24,000 likes.

Many Twitter users agreed that they would not have been nearly as calm in the same situation. 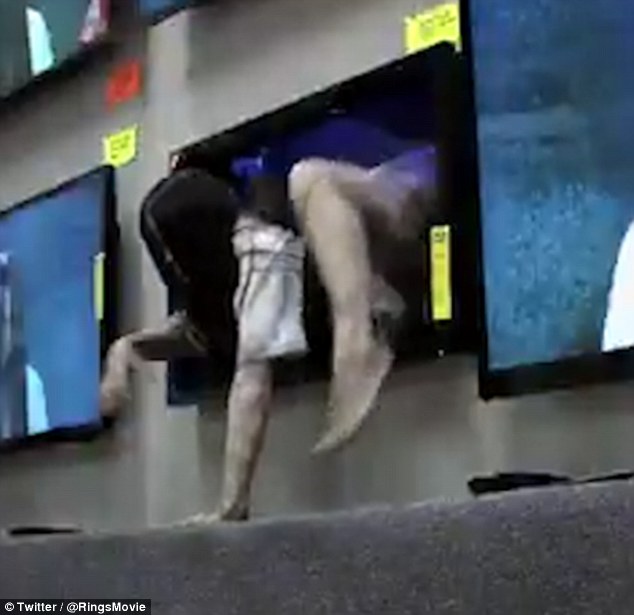 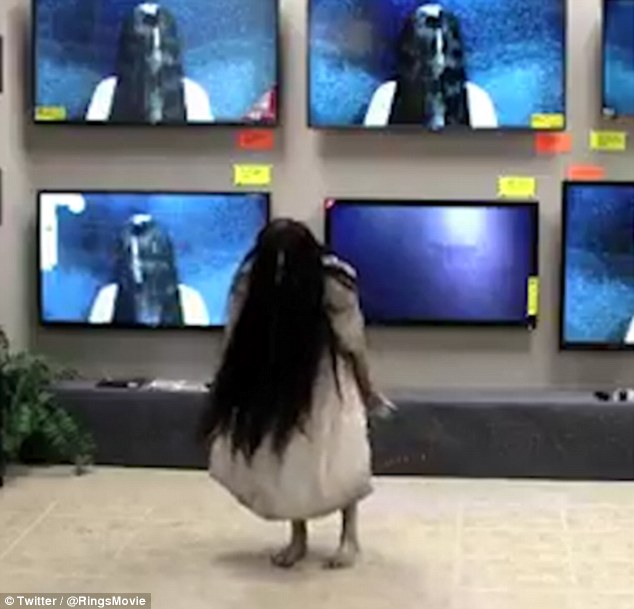