ISIS has become so desperate to hold onto certain strongholds like Mosul, Iraq and Raqqa in Syria that they have done things like equipping remote control drones with hand grenades that allows the scumbags to drop them on rival forces.

By far the most desperate mission is when jihadis strapped a bomb on the back of a puppy.

This can actually be seen as good news, in a sense, because it shows how desperate they are, which means they’re losing and their actions are showing it.

The authenticity of the video is unclear but appears to be Islamic State fighters fitting the furry puppy with a bomb belt for a ‘martyrdom’ attack. 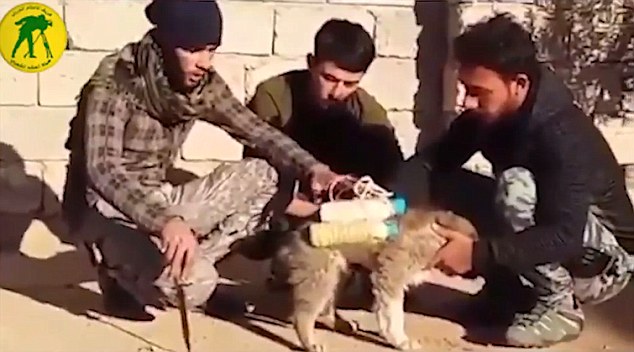 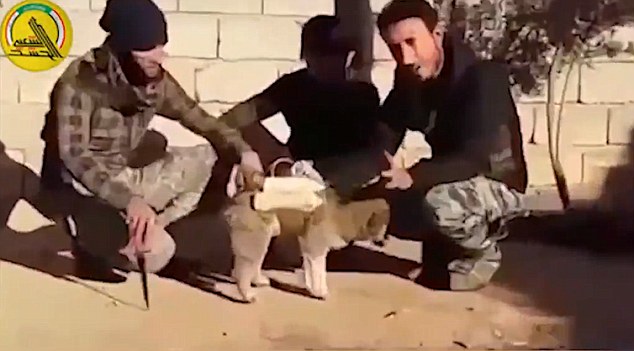 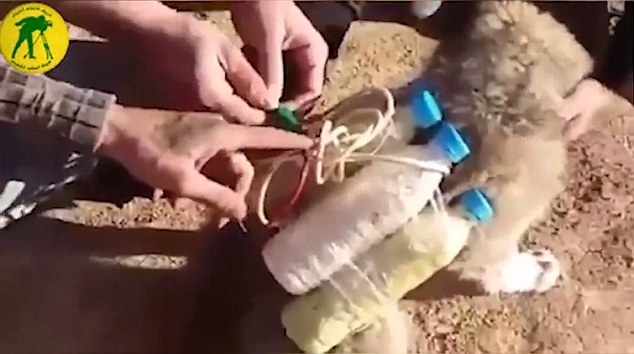 The authenticity of the video is currently unclear but it appears to show Islamic State jihadis, known for their improvisations on the battlefield, have wrapped the tiny animal’s torso with explosives before sending it across the front line.

The horrifying video was apparently uploaded online by fighters with the Iraqi Popular Mobilisation Units.

The PMU, or Al-Hashd Al-Sha’abi, is a group of militia, brought together and state-sponsored to battle with jihadis in Iraq.

In 2014 the group was incorporated into the country’s armed forces to help fight on the battlefield as major cities were overtaken by terrorists.

Three PMU fighters crouch over the small animal in the video, one resting a knife on the ground as they speak to the camera about the find.

Fortunately, it has been reported that forces fighting ISIS have defused the bomb, saving the puppy’s life.