An Arizona man set up an ambush on two policemen inside the Walmart in Chandler, Arizona.  The two cops just thought it was a minor trespassing call as they entered the store but then, a gunman,  Mitchell Oakley opened up on officers Joshua Pueblo and Daniel Colwell, hitting them both. 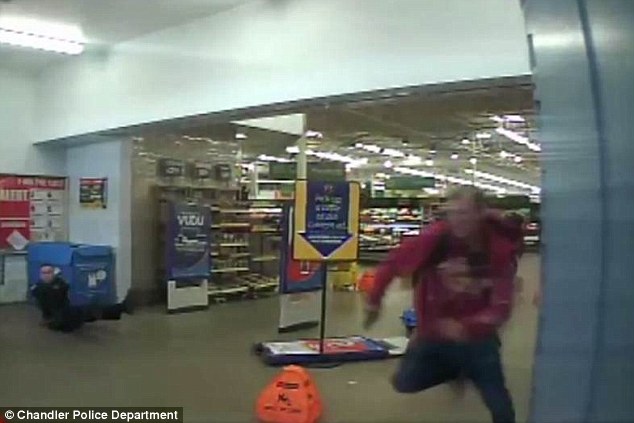 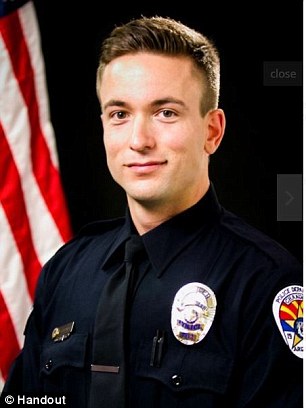 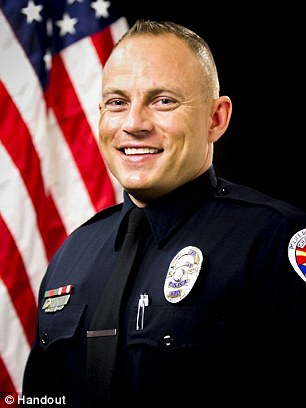 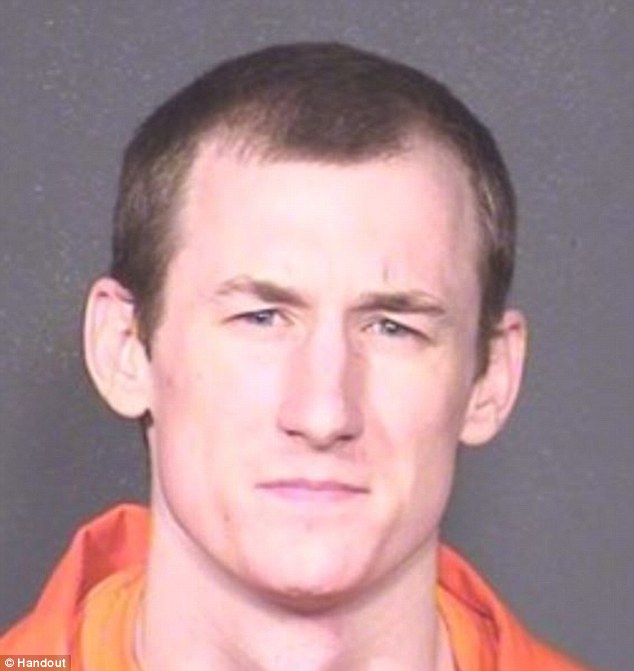 Police were called around 6.30am regarding a trespasser at the store, said Chandler police spokesman Seth Tyler.

The officers encountered the unidentified male suspect at the front of the store, just past the greeters’ area.

According to witnesses, the first officer entered the store and was fired upon immediately by the suspect, Tyler said.

The second officer, who was in close proximity, was also shot but was able to return fire.

‘I guess you can call it what you want. It sounds like an ambush to me,’ Tyler said.

Cynthia Ayala was on the other side of the store in a dressing room when she heard the gunfire but didn’t at first realize what she heard.

‘I thought it was like pallets falling. I never thought it would be gunshots,’ Ayala said.

She said the shots came one after another and then it became apparent they were bullets.